So I’m still feeling like pants because of this stupid cold which will not not bugger off despite many Lemsips, Day Nurse/Night Nurse capsules, OJ’s and even a stern talking to. Yet again I’m curled up on the sofa in the Ikea blanket feeling a little sorry for myself but with many trashy American show’s to keep me diverted.

I’ve just woken up on the sofa after passing out (thankfully L says I don’t snore) to Bridget Jones Diary, I’ve not seen this for ages and it still makes me giggle. My only boy flatmate has seen this film a couple of times thanks to his fiance, he thought that Singleton was a made up word for the film. I’d recently changed my facebook account to reflect my new surname, Singleton, and only boy flatmate said, infront of my date “oh I see you changed your name, is that you advertising?” I could’ve killed him! I had to explain that, no it was my Mum’s actual maiden name and the offcial name I would be using once my divorce was finalised. I’ve never seen anyone go so red so quickly!

No outfit post today because I’m curled up in many layers like the Michelin Man again so I thought instead I’d show you around my room which I’ve finally tidied up after the clothes bomb that exploded in there on Saturday night! I love my new room (we moved 20 metres down the hallway of our building in July this year- easiest move ever!) it’s actually bigger than my last room which was pretty big itself but my new one is newly decorated and has a working fireplace! 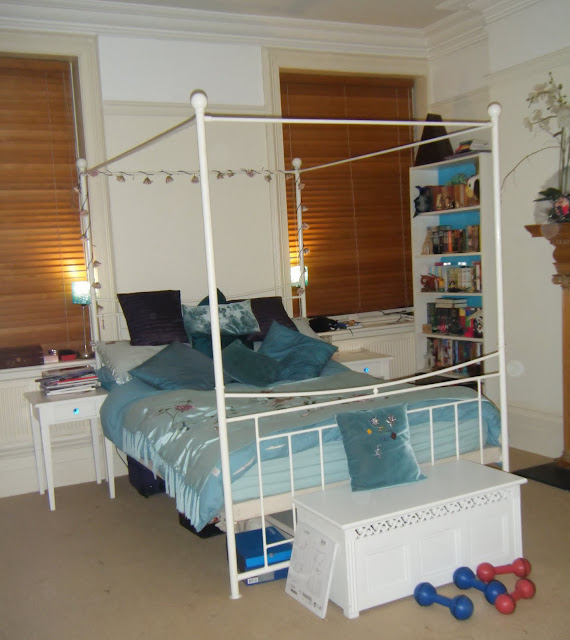 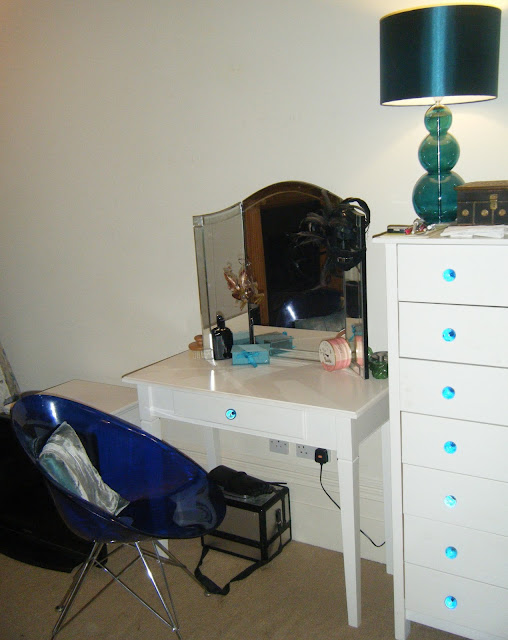 My Dad painted all this furniture for me, I got it from Scumble Goosie and then made Dad come all the way up to London to paint everything for me. I thought this would be a really easy job, just a lick of white paint and let it dry……oooooh no there are primers, base coats, intial layers and then the final top coat! Thank you very much Papa! 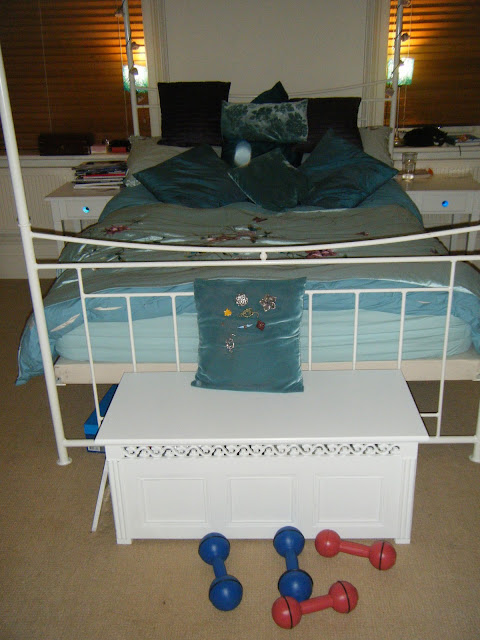 The weights I’ve been using for the Jillian Michaels workouts, I’ve actually been really enjoying the DVD’s which is so unusual as I hate exercise! I haven’t been able to work out for about 10 days now because of this stupid cold and I’m missing it which is a little scary! 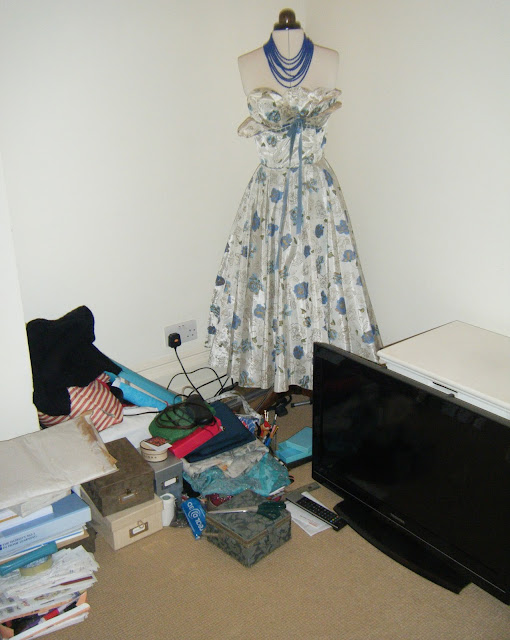 This is the messy corner of my room but not for much longer as my new desk…. 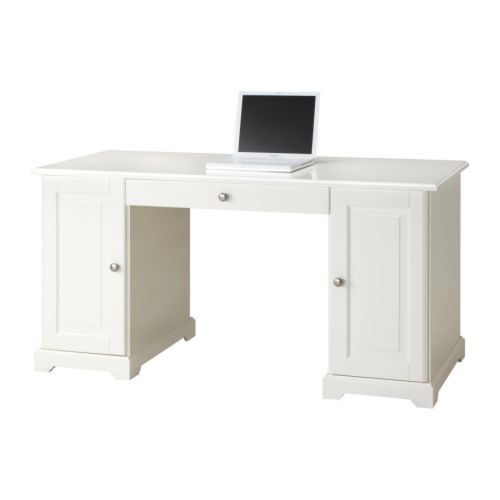 ……turns up on the 11th November so I will finally be able to store everything away and also get my new TV, which is my Christmas pressie from Mum and Papa, set up which will be really exciting as I’ve mainly been watching TV on my laptop which is a little small for movie watching. I’ll also be able to get back into my dress making which I’ve really been missing. I’ve got a few patterns cut out and waiting to be tailored. The dress on my mannequin is one of my favourite vintage eBay finds which needs to be fitted to me so I’ve not been able to wear it yet but it’s so gorgeous I keep it on display. 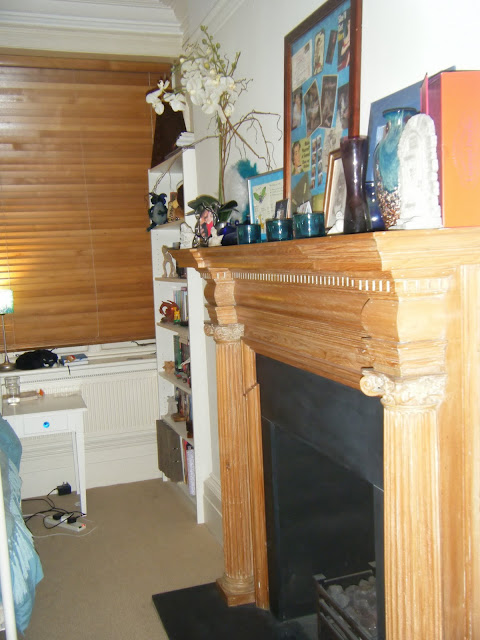 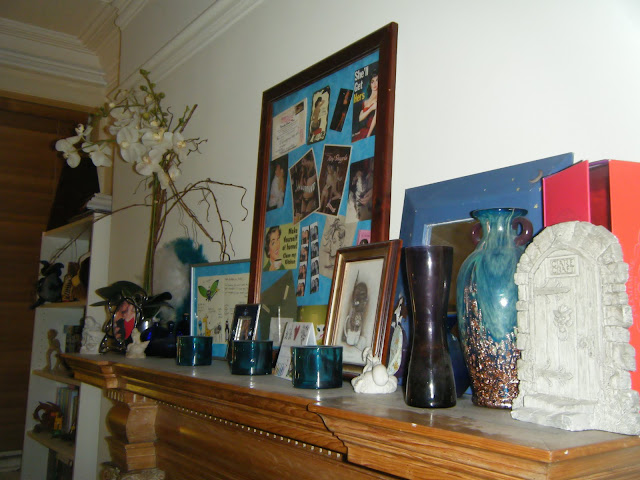 My collection of many knick knacks and things I’ve collected over the years (blimey that needs dusting doesn’t it?!). My friend K made me the most amazing card ever which I’ve framed and keep on display…. 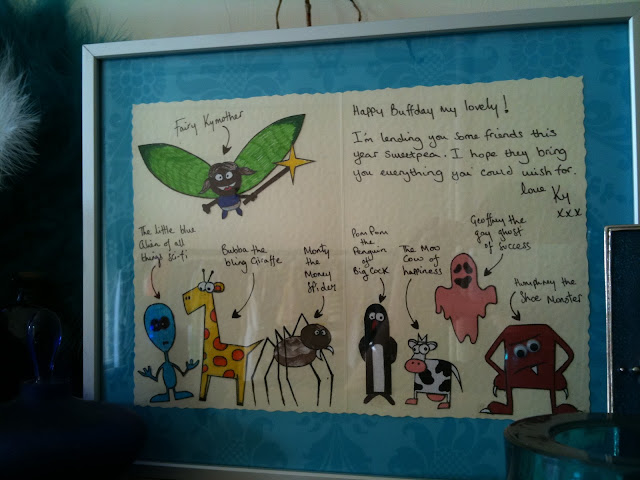 My bookcase full of all my sci-fi and fantasy novels plus more knick-knacks and soft toys. I especially love my World of Warcraft Griffon which was a birthday present from J and C, I get the cuddly toy for real life and also a mini Griffon in game that follows me around, how cool is that! I’ve also got my Farscape patch and Star Trek comms badge which I picked up at the London Film and Comic Convention. I did say I was a total geek…. 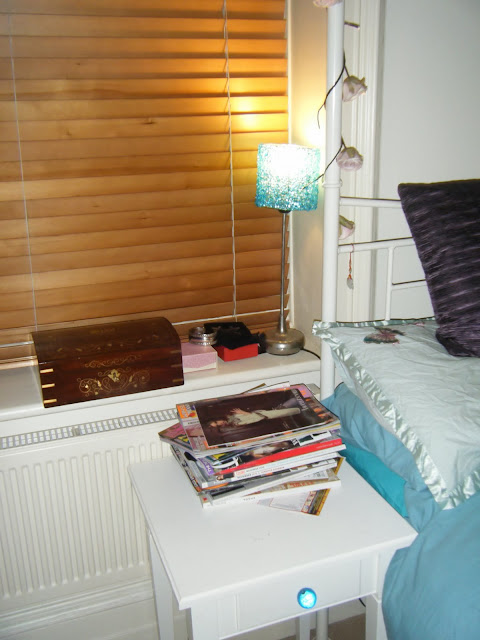 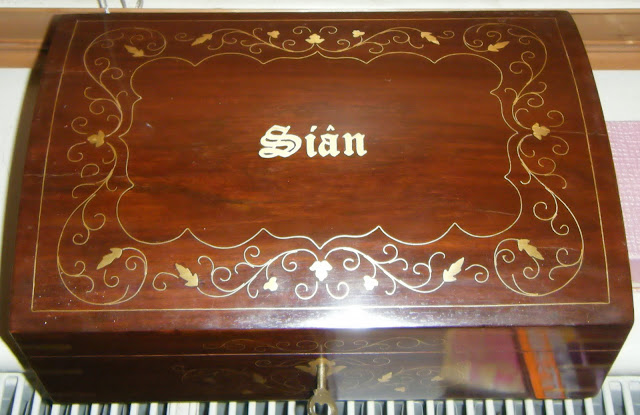 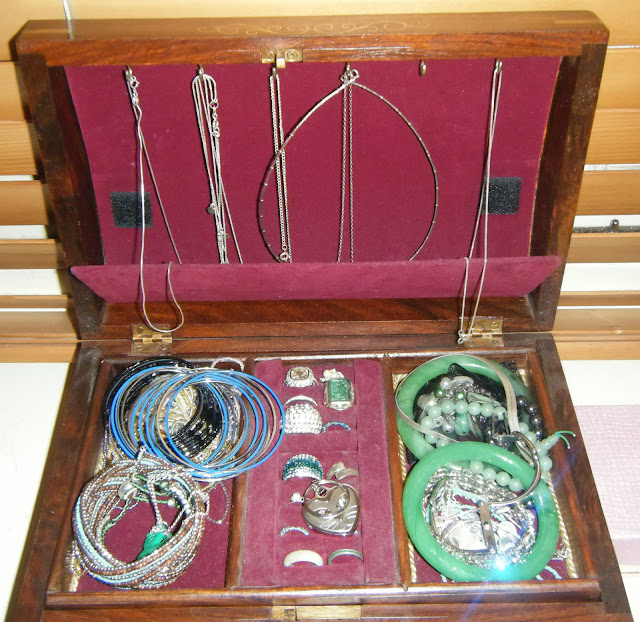 Finally my huge pile of fashion magazines which I always buy every month (I think that is just a months worth) and the gorgeous jewellery box my Mum bought for me the last time she was in Saudi. Opened up there is a lot of green in there but as I’ve said it is my favourite colour.

Foxytron came over today to say “Hello” and as I wasn’t feeling up to traipsing round the Tate Modern today we stayed in and had a natter over a cup of tea and some dark chocolate. It was lovely to catch up with her and she’s thinking of moving back to London which is very exciting!

So that has pretty much been my day. I have to be better tomorrow as I am going to work regardless of whether this cold has buggered off or not! Need to pay the rent and need some retail therapy to cheer me up! Here’s hoping…..