“The Secret Dreamworld of a Shopaholic”

You know how they say that everyone has a least one novel in them, well someone else wrote mine already! Sophie Kinsella wrote “The Secret Dreamworld of a Shopaholic” a few years ago and every one of my friends who has read it has agreed that it’s basically my life…..at least the beginning part I haven’t met my handsome millionaire…..yet! I love all her books, they are such fun, easy reads that I usually finish them within a day. The authors picture in Sophie’s first book I thought was great… 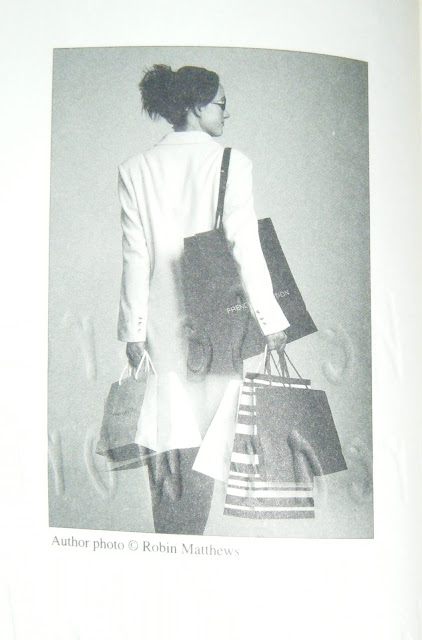 ….and a lovely photographer friend of mine offered to help me recreate it and here are the results…. 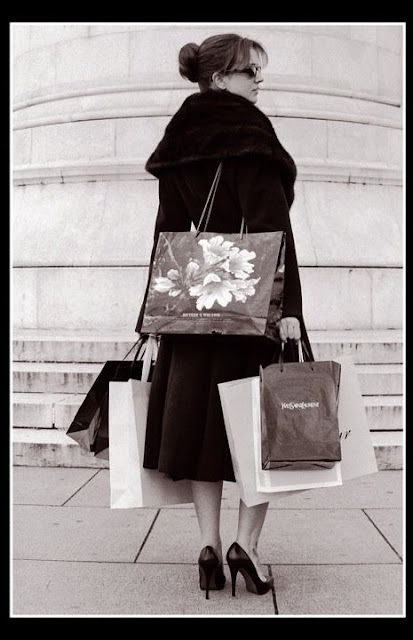 ….it was 8am on a Sunday morning which was horrid to wake up for but I love the pictures that we got.

Last nights do was fun but such hard work! My feet are killing me today and yet I have put high heels on! Here’s what I’m wearing… 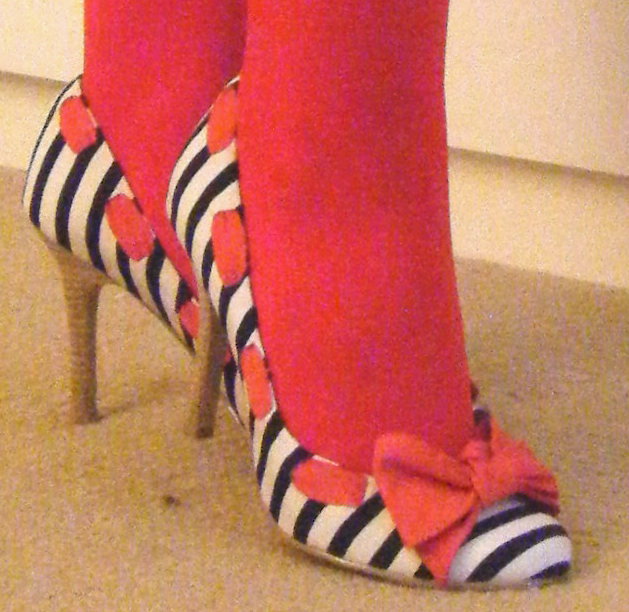 Not sure if I look like I’m a lobster in this but the bright colour is making me feel cheery in this horrid weather we’re having!

Todays dating story is a recent one….Before I met Senhor B. I went on a few other dates this summer and one of them was with New Guy. I’d put myself back on MSF after breaking up with TG Guy as a distraction and something to keep my mind off him (this has proved a good technique for keeping my mind occupied as proved by my first time on MSF after Scum Monkey). New Guy emailed me and was very sweet his pictures were gorgeous although there was only two of them (warning sign!) and he was tall….6ft4″! New Guy was new to MSF and was asking advice on how to go about using the site, I recommended he ask people out sooner rather than later because it’s really easy to build up a false mental picture of someone with lots and lots of emailing back and forth. New Guy took my advice and promptly asked me out for a drink! I agreed and we arranged to meet at Leicester Square tube station.

I arrived about five minutes after the time we had agreed (it’s a womens prerogative to be a little late and with me it’s usually about ten minutes) New Guy wasn’t there so I called to say I was here as there are quite a few Leicester Square tube station entrances and I might be waiting at the wrong one. New Guy is running late, no worries I was late myself. Fifteen minutes later New Guy turns up he is as tall as he said but not quite as handsome as in his pictures but still cute and it’s clear he is tipsy, he’s suggest we go to the bar he was just in for a drink. Ok thinks I, it’s his first online dating experience I get the “Dutch Courage” thing so off we head to the pub. I order a cider New Guy gets a glass of wine and nearly falls off his stool! Oh dear. He’s obviously nervous but is quite sweet, he suggests getting some food and I think this is a great idea to try and sober him up a little bit. We go to this cute little Italian restaurant in Soho and it’s a warm night so we sit on one of the tables by the open door. The table is wedged up against the wall and in the corner, I like to people watch so I took the seat looking out over the street but wedged up into the corner thinking New Guy will sit opposite me, nope, he sits right next to me. He’s 6ft4″ remember so it’s pretty squished. New Guy then puts his arm around me and starts squeezing my waist! I tell him that he’s being very forward and prehaps he ought to take it down a notch and he apologises and removes his hand only to place it on my leg! No no no no! I tell him still too forward and he takes the hint.

Our dinner arrives and New Guy manages to upend his plate all over the table so there is sauce everywhere! At this point I’m texting back V who has “conviently” locked herself out of the flat that “of course I’ll come let you in!”. I finish my lamb chops, which were very good, and explain that I have to go rescue my poor housemate to which New Guy responds “yeah sure no problem. Can I kiss you?”Ooooooo Mmmmmm Geeeeee! Now I have no idea why he thought this was appropriate behaviour; he’s not twelve, we are not in the school playground and he’s only just met me an hour and a half ago! I tell him no, that thats a little forward too and prehaps we should call it a night. New Guy goes to pay the bill only to discover that he has left his card in one of the many pubs he has been drinking in this afternoon (did I forget to mention that he’d been on a bender with his work collegues all afternoon!) and could I get dinner? At this point you have to laugh so I pay and say thank you for a “lovely” evening, New Guy says he’s walking to the bus stop to get home which is the bus stop right outside my house it turns out! We walk up the road together and at one point I think he forgets the conversation we’ve just had and asks why I’m walking this way, again you have to laugh. We finally get to the bus stop he trys to kiss me goodnight and gets my cheek thankfully, he says he’ll call and I’m praying that he’s one of those guys who just say that……of course he isn’t. Next day I get two missed calls and then a text message asking if I’d “like to do it again sometime?”, “Thank you New Guy I think you are lovely but I don’t think we’ll suit. Good Luck on MSF” I never hear from him again and his MSF profile is deleted the next day. Maybe he realised internet dating just isn’t for him!?!