So I decided last night that it was a good idea to watch a scary film while I was home alone, can anyone say “Stupid!”? I do not do well with scary films, I’m a chicken and I don’t seem to be able to convince my brain that it’s fiction and the noises in my house (which is an old mansion block so creaks a lot) are completely innocent and not Freddy coming to get me! Tonight I’m either going to see Paranormal Activity 2 or Due Date hmmmmm scary or comedy, tough call! 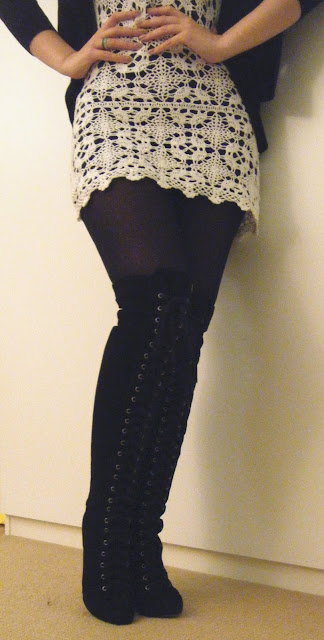 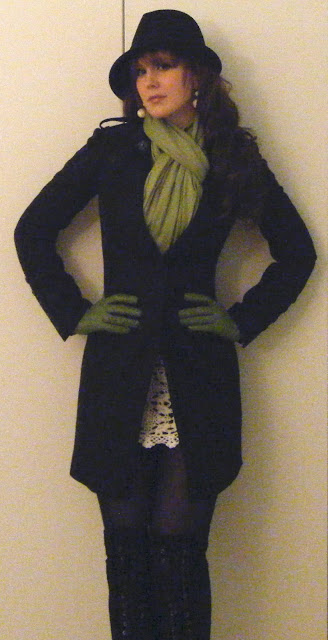 So my cinema buddy tonight is Scum Monkey (may need a new nickname for him) brief Scum Monkey history……I used to play this online MMORPG called FFXI which I loved, you play with loads of other people from all over the world and I made some great friends and ended up with a scary stalker (Green Hair Guy) but that’s another story! Now I’d only just bought myself a PC so hadn’t really gotten up to speed with the social networking more specifically Myspace thing, all my Linkshell (basically MSN in the game) friends had Myspace profiles and were asking me to set one up, sure! I write up a bio for myself and at that time the only pictures I had of myself were modelling shots so I stuck a couple of those up there, no one believed that that was really me but hey ho I knew it was!

Anyways, I started using Myspace more and more and getting new “friends” left right and centre, some I knew “in real life” some I didn’t. I came across Scum Monkey’s profile and thought “WOW” he’s gorgeous, so I added him as a friend and sent him a witty (I thought) comment. Apparently it was witty because he emailed me back with his MSN name and we started chatting. One thing lead to another and we ended up at the same club on the same night, we met, we chatted and that was it, I was smitten and so it seemed was he.

This was the beginning of the longest relationship (longer than my marriage!) I’ve ever had, I fell head over heels in love; he was funny, he was charming, he was gorgeous and he was the best kisser ever! Trouble was Scum Monkey had only just moved to London and didn’t really want a girlfriend, now he did tell me this from the start but I was getting so carried away with how I felt that I wasn’t listening to him, besides he was spending as much time with me as he could and for the rest we were on MSN chatting till the wee hours of the morning.

About four months in I knew I was in love but I knew that he didn’t want the same things as me so I told him I couldn’t see him anymore trying to save myself heart ache and to stop getting any further in than I already was. SM was genuinely upset by this and although we didn’t see each other for a few weeks we never stopped talking and texting and I decided that I’d just let the realtionship be what it was and enjoy it while it lasted because I was miserable without him. Trouble was I also decided that I was scared of sharing too much with him and really scaring him off so I started not talking about some of the more serious things that were going on in my life (like the court case with Short Guy) which at the time I thought was a good idea but with hindsight must have looked and felt really sketchy for him! SM had told me he didn’t want a girlfriend so I was trying to be someone fun to be around without any of the real life dramas everyone has (although mine do seem to be more “TV Soap”like than other peoples).

About eight months into our relationship my “best” friend in London bumped into SM on one of his nights out (he’s a party promoter) and she decided it was a great idea to fill him in about the Short Guy tale or least as much as she knew, which wasn’t much, about it. SM was annoyed and I guess hurt that I hadn’t told him any of this and we had our first serious fight over text and phone calls. This was the beginning of the end for us as it was also the time that Someone Else had started going out with their group and she was a sympathetic ear that night.

SM and I carried on for another three months and on Valentines Day he took me out for dinner and said yes I was his girlfriend! I was so happy, it was everything I wanted. However SM and Someone Else had been spending a lot of time together on his nights out and getting to know each other better but I never felt that I had anything to worry about as he always came home to me after these nights and was being so lovely and really making an effort with me. The first time I knew that she, at least, felt something more than friendship for him is when she used the Avril Lavigne “I don’t lke your girlfriend” song as her Myspace tune!

I came home from work one night and SM had put Someone Else above me in his Myspace friend list (bare in mind that we are all about 26 years old at this time not 12 like it sounds!) and for the first time I got really anrgy and we ended up having a fight over MSN and then the phone. I knew something was up and confronted him with it and SM finally admitted that yes he knew that really we were perfect for each other but he didn’t want a girlfriend as he felt he was missing out on all the things he’d come to London to do! That was the end of Scum Monkey and Me.

Now this was my first love and I was heartbroken and clearly not thinking straight, I did something very stupid which I won’t go into detail about but suffice to say that it wasn’t my proudest moment and I would take it back if I could. It probably ended up pushing SM and Someone Else closer together though because ten days after breaking up with me I heard that they were in a full on relationship!

It took me a long time to get over SM but I got to the point where I only wanted good things for him and I was maybe not pleased but at least could feel happy for him and Someone Else because they were obviously meant to be together. Just before moving into the new place in July I decided that the time was right to get rid of my box of SM things that I’d held on to, the things he used to send me and the silly little things he used to bring me home from his nights out. SM was always at the back of mind and I would often think about him but it was getting less and less as time went by and thankfully wasn’t every day anymore! I would check my old email accounts every couple of months though just in case he’d sent me a message and in September I nearly had a heart attack because there was the message I’d been hoping for! Trouble was I was now in a relationship with Senhor B. and I was happy. Eeep!

I decided to email back because I was curious (must remember that curiosity killed the kitten!) and SM asked if I fancied a drink sometime to catch up as he had no one telling him what he could and couldn’t do anymore?!? I said sure but wasn’t sure at all about what I wanted to do. I decided to leave it, I didn’t know if he wanted to really catch up or if it would be horrid because of how things had ended between us. Then fate took over, do you remember me telling you about the FUBAR  we had on C’s birthday night out? Well SM was my “someone who knows someone”, I was so nervous about seeing him again but it was like no time had gone by at all. SM then tells me that he’s single and ready for a real realtionship. Ooooooo Mmmmmmm Geeeeeeee! We talked and I got to say everything I was always too scared to say to him which was amazing. I was however very happy with Senhor B. and SM respected that and just said he was there and he wouldn’t say anything more than that.

It was probably the best thing that happened to me for a while because it showed me that I have every right to want exactly what I want from my relationships and I shouldn’t be scared to say it! This prompted my conversation with Senhor B. because I knew I was falling for him and I realised I had no idea where he was or even what he wanted, I’m glad I had the conversation when I did rather than just getting carried away with how I felt! Senhor B. is amazing and such a lovely person and I hope we stay friends at least. I have to be grateful to SM though for giving me the courage to have that  difficult conversation!

So here I am now, a few weeks on going out to the flicks with SM, who knows could be amazing, could be stupid but I always say “regret the things you did do not the things you wished you’d done!”.