“Never Make Someone Your Priority If You Are Only Their Option”

So last night didn’t go according to plan……. Scum Monkey texted me about 6ish asking for a rain check as the weather was horrid and could we do movie and dinner after he finished work tonight. Now this is the second time he’s asked for a rain check, the first time was this night, to be fair I asked fairly late on in the evening if he wanted to do something and he had cancelled cinema plans with friends to stay in and work, he asked if we could meet for lunch the next day to which I said sure. Lunch never happened. This all just feels really weird, it’s gone from him saying everything I ever wanted to hear and asking me to do things with him to me suggesting we meet up and then getting let down at the last minute! As V pointed out there are loads of men out there who could break my heart and he’s already done it once why let him have another go? I don’t know, maybe I’m just an old romantic who thought she’d end up with her first love! I read too many romance novels! Let’s see how dinner and a movie goes tonight but there has to be a point when you say “enough is enough”. 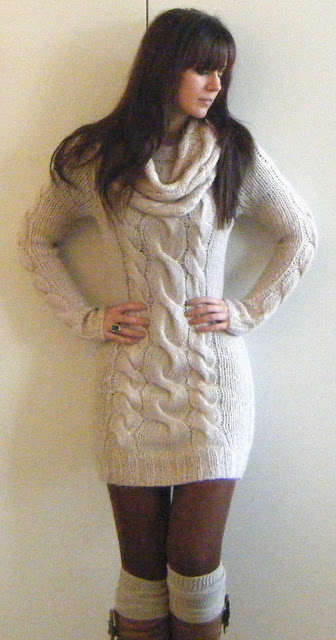 I feel all warm and snuggly in this dress can’t believe I’ve not worn this before!

I’m watching the new season of Dexter today, does the title sequence make anyone else wants a fry up? Tatty thinks this makes me slightly weird, I think it just makes me feel hungry!

Here is todays dating disaster although I’m not sure dating is the right word as I never actually agreed to meet this guy……Green Hair Guy from last nights post!

Now as I’ve said I’m a geeky girlie girl and I play MMORPG games such as FFXI and World of Warcraft, whilst I was playing FFXI I joined a Linkshell (MSN in game basically) and became friends with a whole host of people most of whom lived in the US. I spent most of my time playing with them as I work nights and the times I was able to get online were when the US players were on. I spent a lot of time with a few individuals in particular and we agreed to level our characters up together so I ended up spending even more time with them, one was Green Hair Guy.

Green Hair Guy was sweet and funny and it was good to at least have one person you knew in a random pick up group, you need six different players to make up a workable group, as they can often be a total nightmare and at least you knew you would have one person there with whom you could have a semi sensible conversation! We spent a lot of time chatting online whilst playing and, I thought, got to know each other fairly well.

The Linkshell (Geekshell my ex-husband used to call it) we both played with also had a forum where you could chat out of the game, plan events and do many other things too. This is where the request was made for me to start my Myspace profile. I did this and added everyone from the Linkshell, Green Hair Guy and I started emailing on Myspace and then chatting on MSN when we weren’t playing (which wasn’t often) this was all going on while I was dating Short Guy which Green Hair Guy knew all about, we talked about my relationship quite a lot as it was very tempestuous and I was always feeling either very up or very down.

To cut a seven month story short it got to Christmas and Green Hair Guy and I had become, I thought, very good friends, at least as good friends as someone living in London and someone living in Texas can be. I got a message a few days before Christmas saying something along the lines of “look out of your window I’m at the cafe having a coffee and I dyed my hair green (now you know where the nickname came from) just for you! Forget Short Guy he doesn’t appreciate you like I do we should be together….” Oooooooo Mmmmm Geeeeeee! Green Hair Guy had flown over from the US to spend Christmas in the UK with me!!!! I hadn’t invited him and I have no idea how he had gotten my address! Terrifying is not the word! I hot footed it down to my parents house on the Isle Of Wight and never logged on to FFXI again!

Remind me why I want a man in my life again……