Today I’m off to the local charity shops to drop off some things and have a bit of a rummage, the fabulous Mrs B.G. scored herself a Balenciaga “Work” bag in brown for £75 the other day so miracles do happen! Fingers crossed and may the Shopping Fairies smile on me.

I’m also going to another black tie boxing event tonight and this time I have been asked to wear black so I’m in this little lot …. 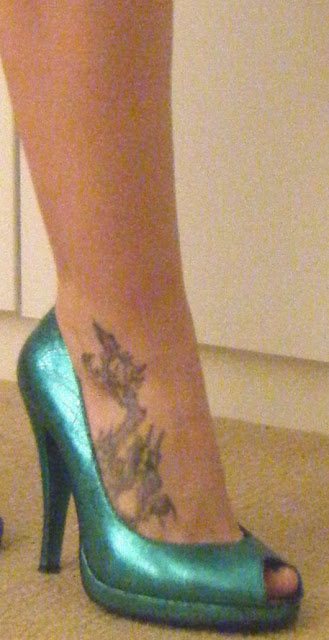 Dress: This is another one of my creations copied from a Roland Mouret design
Belt: Accessorize
Shoes: Red or Dead
Earrings: Butler & Wilson
Bag: Gil Elvgren via eBay

I’ve got the sewing bug again now so I’m planning my next creation, I want to use one of these fabrics….. 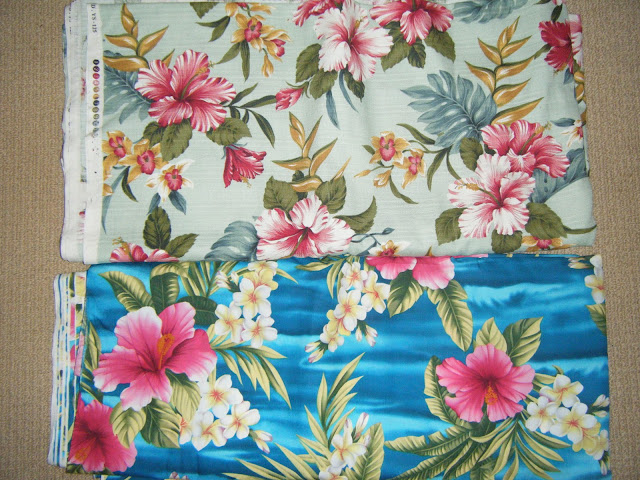 and I think I’ll make a full skirted 50’s style dress but with a mini skirt instead of the mid calf length…. 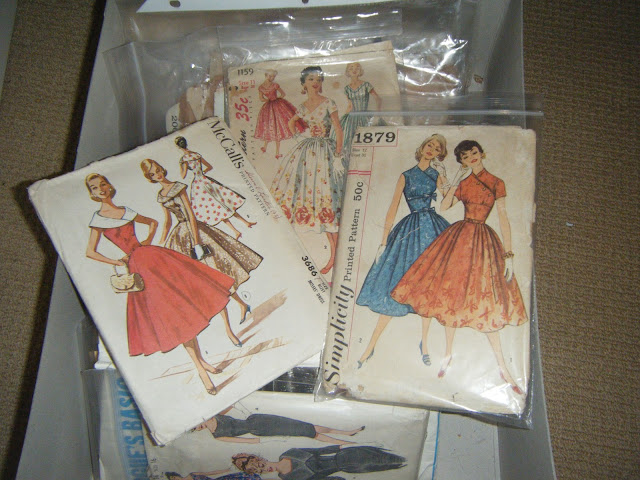 Now all I’ve got to do is dig through my box of patterns and decide which one I want to use. Collecting vintage patterns has turned into a bit of a hobby of mine!

I thought I’d tell you about Eager Guy today, I met him on MSF this summer he’d been emailing me and we were getting on very well, he was tall, cute and funny. Eager Guy asked me to meet him for lunch on the South Bank and I agreed, we’d set our date for the following week as we were both busy. I’d had another date lined up which happened to be Senhor B., obviously that date went really well but it was only one date so I decided to still meet Eager Guy.

Eager Guy was lovely, just as tall as he said and he looked better in person than in his pictures but there’s no spark, admittedly I still had my first date with Senhor B. in my head but I don’t think there would have been sparks even if I hadn’t met Senhor B.

Eager Guy and I had a lovely lunch and walked round to see the “Bang Goes The Theory” stand that had set up round the corner from the restaurant. We got on really well and had lots to talk about but I knew I didn’t fancy him. Eager Guy and walked back to the tube together and I was just about to say “thank you for lunch” when he pipes up with “I think you’re fab would you like to go on another date soon?” Ooooooooo Mmmmmmm Geeeeeeee! Now he couldn’t have read my Online Dating Survival & Etiquette Guide as I’ve only just written it but I’d have thought that common sense would save anyone from making this mistake, like I said no one needs rejection to their face from a practical stranger! I stammered a “lunch as friends would be lovely” reply and I meant it.

I got a text a few hours later from Eager Guy asking what I’d meant by “as friends”? Really!? I replied that I thought he was lovely but I didn’t think anything romantic was going to happen between us. Eager Guy said this was fine he was a patient guy and very persuasive! Hmmmm now I liked what I knew of him from the one three hour date we had been on but I wasn’t sure I wanted to be “persuaded” in to fancing him! That was never going to happen, it’s either there or it isn’t you can’t force it. I decided to not take Eager Guy up on his offer of another lunch after that conversation but I got text offers for about three weeks after that……