I’m writing this in the wee hours of the morning (3.07am to be exact) in the hopes that planning my day out will make sure that I actually get up and do everything I need to rather than stay curled up in my bed with the electric blanket because the heating hasn’t been turned on in the flat!

So today I have to:

That actually doesn’t sound too bad now I’ve written it down, I am determined to get all the things crossed off by 5.30pm, I have to be at the club and ready to leave at 5.45pm. I can do this!


So here is my outfit for the ball… 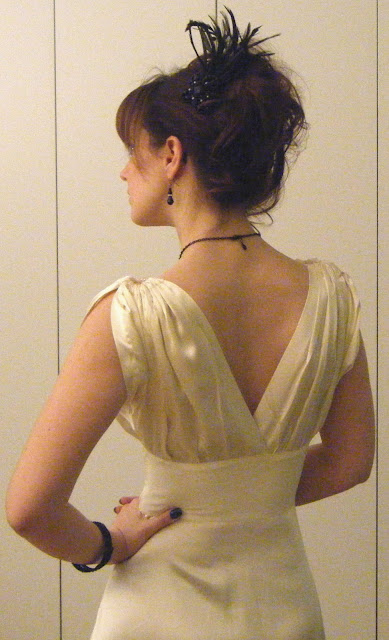 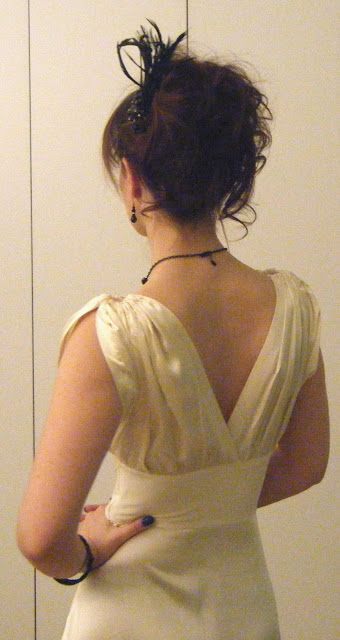 I love the Trashy Divas clothing line, the link I’ve shown is for a short version of this dress which I’ve only seen tonight and now need to own! I need to remember that I am not buying anything new for myself this month, hhmmmm I wonder if Santa reads my blog? I could quite happily spend a lot of money on this site and have done in the past, you’ll be seeing some of my Trashy Diva loot over the next few days….

I haven’t done a dating disaster story for a while now so I thought I would share the story of Flash Guy. Flash Guy emailed me on MSF rather randomly one Friday evening and during our conversation, which lasted a while and really made me giggle, he suggested we go out for dinner the next night as we had both had plans cancelled at short notice and were free. I’m not in to playing “Dating Games” and can’t be bothered with the whole “don’t appear too available, if they ask you out for two days time you can’t say yes even if you are free” nonsense (seriously who writes those kind of “How To Land A Bloke” guides?), I accepted Flash Guys offer and asked what he fancied doing?

Flash Guy said something along the lines of “How about Nobu  and if you give me your address I’ll get my car service to pick you up, I don’t do tubes/taxis” OK then! After finding out which car service he used (I wasn’t just going to get into some random sleek black car that turned up on my doorstep!) I gave him my address and started to look forward to eating Black Cod (mmmmmm Black Cod).

I decided to wear another of my Trashy Diva dresses that night because they suit my hourglass shape (I am an hourglass body type according to the 4OD beauty site) and silky floaty dresses always feel nice to wear on warm Spring evenings. Flash Guy was in the car that picked me up which was a little awkward because trying to have the “get to know you” five minute conversation is a bit embarrassing infront of a driver! Flash Guy had no such embarrassment gene it seems and was also quite happy to give me rather fulsome compliments on my apperance. The journey from my house to Nobu was short however so it wasn’t too cringey.

Nobu was amazing and Flash Guy, when he was being chilled out, was lovely but he did like to talk about his “things” an awful lot. Flash Guy has a very well paid job that he loved and allowed him to pretty much have whatever he wanted which is great and he has every right to enjoy this but it was a little much to be hearing about the apartment (in one of my favourite London buildings, St.Georges Wharf), the car, the holidays, the private members clubs and the apartments abroad all in one sitting!

Flash Guy did ask what my favourite champagne was and ordered it for me even though it wasn’t his favourite (who doesn’t love Laurent Perrier Rose?!?) and was happy to go through the menu with me and recommend or explain things as I very rarely eat that type of cuisine. The food was amazing as was the pink fizz and I was very much enjoying myself until Flash Guy leaned over and asked if he could kiss me!

Now we are in the middle of a restaurant on a first date and we aren’t fourteen years old anymore! There is nothing worse than being asked to be kissed (well maybe having someone shove their tongue down your throat when you weren’t expecting it, thats’s bad too), it always feels to me that a first kiss should be something natural that happens in the moment rather than something that needs to be asked for. I said that I wasn’t that kind of girl and no kissing till the third date! Flash Guy promptly asked if I “wanted to have breakfast and lunch with him” the next day! This was all very flattering but I probably should now mention that Flash Guy had told me his list of “requirements” that his girlfriend had to have over dinner….

Flash Guy wanted someone between 5ft7″ – 5ft-9″, between the ages of 26-29, that lived within a mile of his apartment, had blonde hair and was self employed or didn’t work so “they can be whisked away on spontanious holidays without having to worry about time off”! I had been very flattered that this guy, who ticked all my requirement boxes and was funny and charming, had asked me out but then I realised the only reason for this was because I was the ONLY girl that exactly fitted his criteria on MSF (I checked the next day)! I got the impression that he wanted a “Trophy Girlfriend” on his arm and I’m way too independant to just be someones other half.

Flash Guy asked if I fancied another bottle of champers in the Mayfair Bar after dinner but I was already a little tipsy so decided to head home. I thanked Flash Guy ( I hadn’t offered to “Go Dutch” on the bill as it had been his suggestion to go to Nobu) and put myself in a taxi. I got a text a few minutes later asking if I did indeed fancy breakfast or maybe brunch the next day. I declined but thanked him again for a very enjoyable evening.

I thought that would be the last time I saw or heard from Flash Guy but a few months later I was hostessing a charity ball where he happened to be a guest! I had changed my hair colour from very blonde to a dark chestnut colour but I otherwise looked pretty much the same, so when I said “Hello” to him and he just gave me a blank stare I was a little put out but shrugged it off. It wasn’t until I’d left that it clicked with him who I was and then he started texting me, bless! Not sure again that this techincally classes as a disaster date but it was definitely a funny experience.

I have another date lined up for this Saturday with The Architect, which I am very much looking forward to. I always wanted to be an architect when I was growing up, either that or a Formula 1 driver or a marnine biologist! What did you want to be when you were young/younger?