It’s another Frocking Friday and as I missed last weeks due to stupid stomach bug I was determined not miss today’s despite my cold, but I woke up feeling so icky I have decided not to inflict images of myself on you! I thought I would show you this though…. 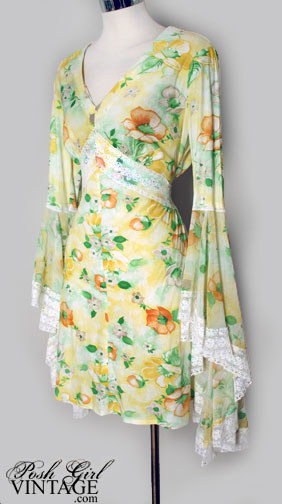 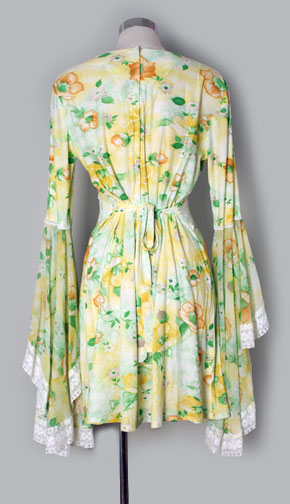 ….I love this dress and found it on Posh Girl Vintage unfortunatley it had already sold so I’m searching for a similar fabric so I can attempt to make one for myself! I love this vintage site and have bought some great things from them already, if I won the lottery I would be buying up so many of the lovely things!

Now I was meant to be heading down to south west London today to visit a friend but I don’t want to pass on these horrible germs my flatmates have given. Also my friend just so happens to be a police lady and I confessed last night, via text, that I had killed said flatmates for giving me said cold. This possibly wasn’t the wisest of moves considering she has the power to arrest me (must remember to hide the bodies)……if I don’t blog for a while you’ll know it’s because I’m on the run!

I haven’t done a dating disaster post for a while, this is mainly because the stories I haven’t yet told you are all fairly lengthy and I haven’t had time to sit down and properly write them. However today I have had lots of spare time so I thought I would tell you about Actor Guy!

I feature quite heavily on my dating profiles that I like sci-fi (watching it and going to conventions) and Actor Guy’s opening email told me that he had been a bad guy on a recent Dr.Who episode. Now Whoers are the lowest rung of the food chain when it comes to sci-fi geeks (even lower than Trekkies, I’m a Scaper/Trekkie/Browncoat hybrid in case you were interested) but I have been enjoying the recent Dr’s (the programme used to terrify me when I was younger, I had to hide behind the sofa when it was on!) and thought that Actor Guy and I would at least have an interesting afternoons conversation.

Actor Guy asked me to meet him in Covent Garden so we could then head over to one of his favourite pubs which sounded like a lovely Summer’s afternoon to me so I readily agreed. When I got there Actor Guy had arrived on his Vesper (is it just me or is that a little camp for a London guy? Italians seem to pull it off though) so he was carrying around a crash helmet and was wearing Jesus sandles, thankfully without the socks, white linen cropped trousers and a white wife beater. Aesthetically he wasn’t my ideal but I was still looking forward to an interesting afternoon.


Off we headed to the pub which was lovely but unfortunately there were no outside tables left, it was the middle of a weekday afternoon surely everyone else should have been at work so we could have our pick of seats? I digress……drinks were bought and we started chatting about his job and the various roles he had (he was in the first Harry Potter too, sooooo cool!) and how it came about he was an actor; he fell in to it totally by accident when he was offered the HP gig, he had been a sculpter before.

Now because of what I do for a living I’d like to think I’m very good at putting people at their ease and maintaining a steady flow of conversation with a (more or less) total stranger and on some of my dates this has been a God send but it wasn’t necessary for my date with Actor Guy. That is not to say that I couldn’t get a word in edge ways but he did like to talk….a lot.

After a few drinks Actor Guy suggested a walk down the South Bank in search of food, this sounded like a great idea as afternoon drinking really seems to go to my head! We set off for a stroll leaving the Vesper in Covent Garden (he only had one crash helmet with him) and carried on chatting, we’d moved on to his work as an artist by now.

A cute little place on the river was discovered, nibbles were ordered (way too hot for a full lunch time meal, another fab thing about it being hot is that I only seem to want to eat small portions of healthy things!) and Corona’s were enjoyed. The conversation was still flowing freely, by now we were talking about his family, all in all I was having a lovely (if a little one sided) afternoon, the elusive spark however had not made an appearence.

Now I firmly believe that you should try everything in life twice; once to see if you liked it and the second time just to make sure. So when Actor Guy and I parted ways (there was an attempted kiss on the lips and little waist grabbing at the goodbye) I still thought I would have liked to see him again to get to know him better (he liked to talk about himself a lot but he was very interesting while he was doing it). Actor Guy later that day sent me a text thanking me for a lovely afternoon and asking if I would like to meet up again soon? I replied that I had indeed enjoyed myself and would love to meet up again soon for a friendly drink.

I thought this was a good response because as anyone who has read any of my previous dating disaster stories will know I am looking for that all important spark (along with everything else), although I do agree with The Canadian that “sparks” often lead to trouble (funnily enough I haven’t heard back from The Canadian since he read that blog post and texted that drinks as friends would be fine, go figure!). I still think that you need that intial PHWOAR factor when you first meet someone for anything to develope romantically. Basically you have to fancy the pants of the person who is going to be your significant other, that is my humble opinion anyway.

Actor Guy however was not impressed with my text response it seems…….he “has enough friends thank you” and “was not using a dating site to increase their number”, well ok then (I’m aware that I had met him on a dating site not a social networking site but I thought we’d gotten on well enough to carry on getting to know each other as friends, obviously not!)! I’m not sure what it was about Actor Guy that meant that I didn’t feel the PHWOAR….it might have been the first sight of him perched on his Vesper, it might have been those Jesus sandles, it might have been the slightly see through cropped white linen trousers…..but unfortunatley I did not feel it, after that last text message I rather speedily lost any desire to know him better in anyway and chalked the whole thing up to experience; I learnt that actors can be highly temperamental and like to talk!