I’ve had a really lovely weekend down on The Island with Papa, we had a bit of a nightmare to start with though. Papa needed to come over to Southampton to sort out a few things and pick out fabric for the sofas, we had arranged that I would call him when I arrived at Southampton to find out where he was so I could go to meet him. The problems began when I got to Southampton Airport train station and called Papa…..his phone went straight to voicemail, eep! I got the bus to Southampton Central crossing my fingers that Papa was still on the ferry where there is no phone reception, I called his phone very many times and still nothing. I ended up calling the furniture store and asking if Papa had been in and spent any money as yet that day, turns out they were expecting him but thankfully he hadn’t been in so I could leave my number with them. Off I went to the shopping mall out of the rain to window shop and finally I got the call from Dad, his phone was broken but he was at the store so over I headed. How on earth did we survive without mobile phones?

Papa and I got the Red Jet ferry back over to Cowes and blimey it was rough, we were actually bounced clean out of our seats a couple of times! Now I love rollercoasters but this was scary and made me feel so ill as it was dark so I couldn’t see the horizon line. We then had ten minutes to dash around Waitrose to get some food, speed shopping is quite fun actually and surprisingly I got everything we needed!

I spent the weekend helping Papa organise wardrobes of clothes, I was very efficient which surprised Papa but I explained that where clothes were involved of course I was good! We also sorted out some of the paperwork and came across this picture… 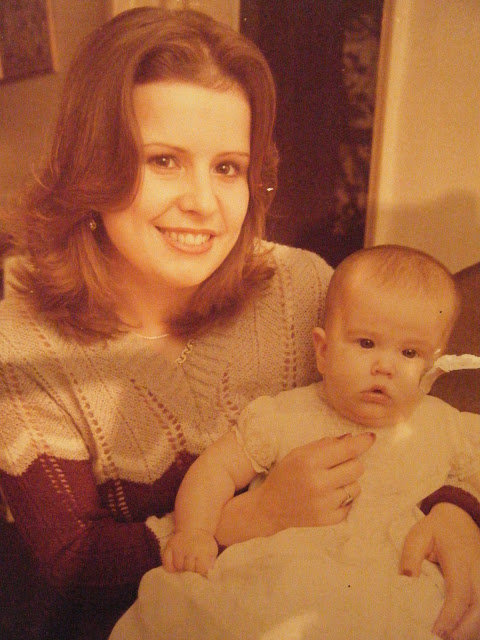 …..which is my Mum and LLB (Little Big Boy aka my Lil’ Bother!), I look so much like her, except Mum has lovely straight teeth! I guess it isn’t too surprising that I look like her and I at least know I’m going to age well as Mum looks fabulous now.

I mentioned before that I love visiting my parents place on The Island as I always discover new little things whenever I go, last time it was the praying mantis and this time it’s this little guy… 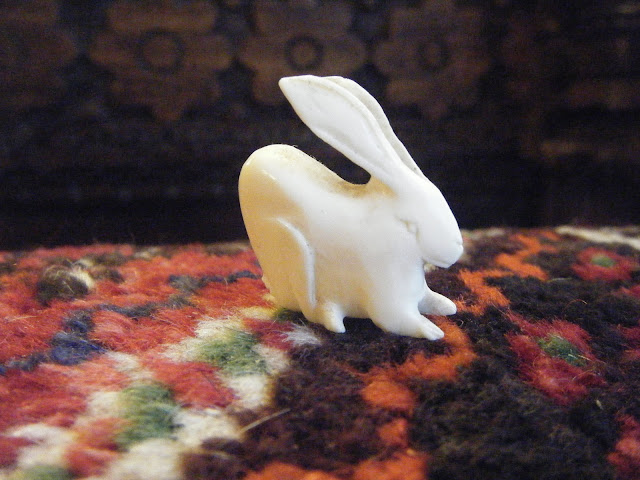 ….teeny tiny white rabbit, he’s about 1.5cm long and so cute. I asked Papa if I could “adopt” him but funnily enough I wasn’t allowed. I also found these…. 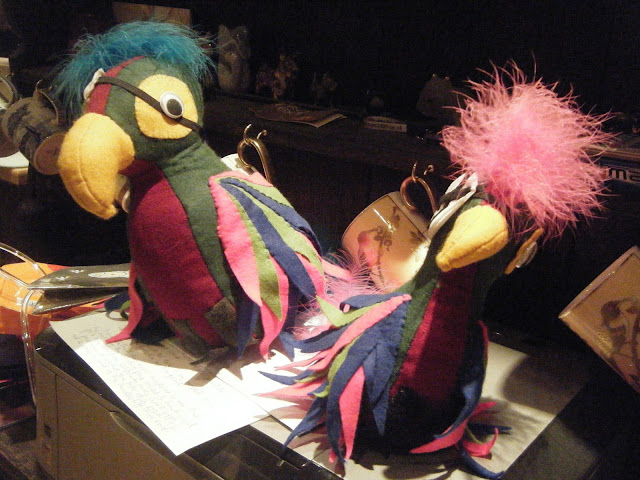 ….they are props Mum made for Papa’s costume when he played the ships captain in the pantomime  Dick Whittington! As long as I can remember Papa and Mum were involved with stage companies and did panto’s and musicals, Lil’ Bother and I were also involved….. one role I had entailed riding a Shetland pony across the stage dressed as Uncle Sam! As the house gets more and more organised old photos will be coming to light of all of us in our costumes, I may even post some on here, from what I remember they’ll be hilarious!

I got home today after a taxi ride, then ferry journey (not so bouncy this time but the windows had steamed up so I couldn’t see the horizon line again = bluergh!), then bus trip, then a train ride, then finally a tube, that is a lot of different methods of travel all in one day! I came home to a tidy house with lots and lots of flowers… 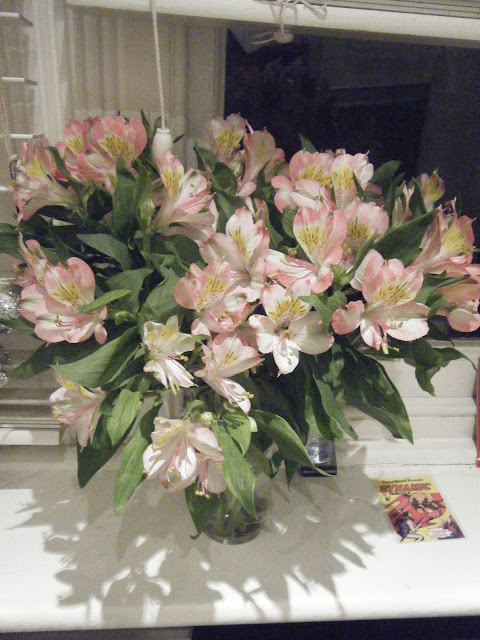 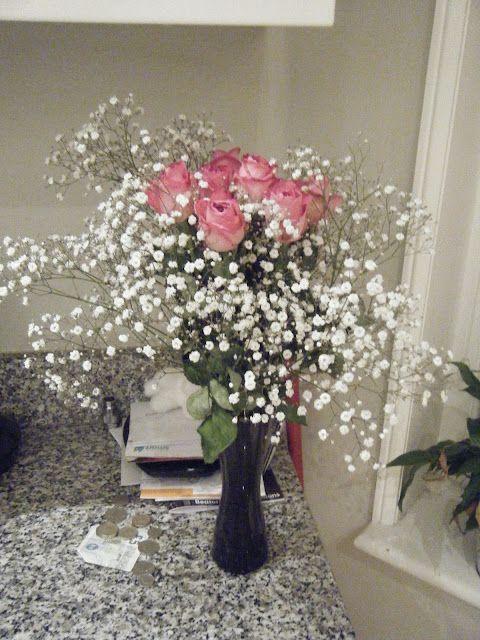 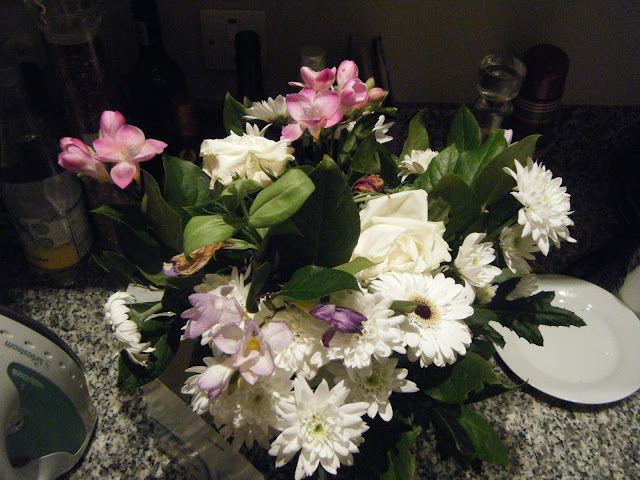 …..but R, who most of the flowers belong to, is not a fan of cut flowers. This poses a problem for her wedding day (R and Only Boy Flatmate got engaged last year), what does a bride who doesn’t like cut flowers carry as her bouquet? So far we’ve come up with a Gin and Tonic which would be yummy but probably not the best thing to walk down the church aisle holding! Does anyone have any suggestions for bouquets alternatives?

So onto this week…..tonight I’m spending curled up with trashy TV, then tomorrow I have an eye test which I’m not looking forward to but the upside is that I’ll be getting some new glasses, if I can find some frames I like. The rest of the week I’ll be working and waiting on the edge of my seat to find out if I’ve been offered the job I’ve been interviewing for, eep! I’m hoping to go out on Saturday night for a girlie night and then Sunday we’re going (flatmates and I) to The Harwood Arms ,which is one of my most favourite places in London, for a very yummy dinner. All in all a week I am very much looking forward to, what are you plans?