Puma Not A Cougar!

Yesterday I learnt that I’m a Puma not a Cougar, I didn’t even know that such a thing exsisted but apparently it does and as Blue Eyed Guy is seven years younger than me it makes me one, who knew! It turns out quite a few of my friends are Pumas too. I usually won’t date anyone younger than me due to a few disasters (F**k Wit, Scum Monkey and Famous Guy to name a few) but this does narrow the field somewhat as most of the good/normal thirthy somethings have already been snapped up but savvy women. I’m still hopeful that there are a few out there, Senhor B is proof that they exsist, and in the meantime I’m very much enjoying being likened to a graceful, lithe, top of the food chain predator!


It was really interesting to watch the rehearsal of a TV show, how they worked out what certain cameras would be doing and the links between presenters. The show is OMG with Peaches and it’s being filmed next week, L and a few others are going to go to the filming to see how it’s done in front of an audience. I decided to wear this yesterday as it was after all Frocking Friday….. 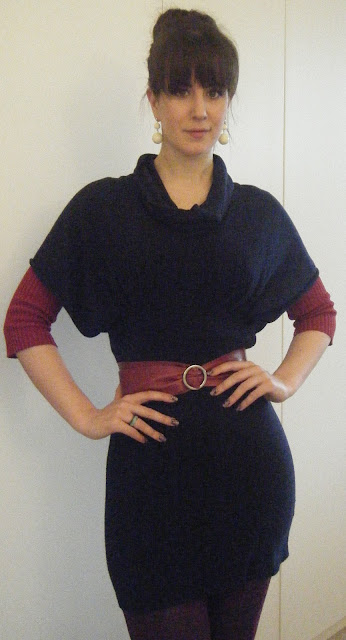 Whilst we were at ITV we had a little wander round and found ourselves on the set of Chatty Man, naturally we had to take pictures…. 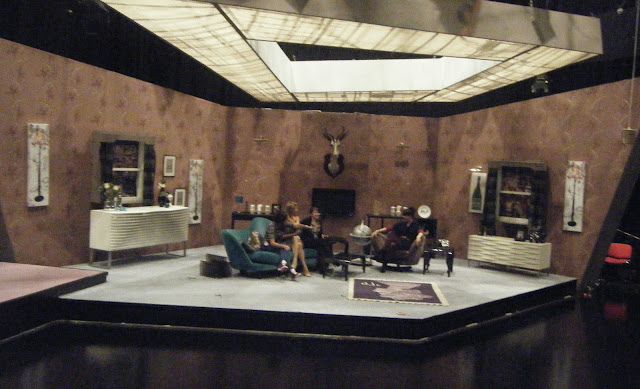 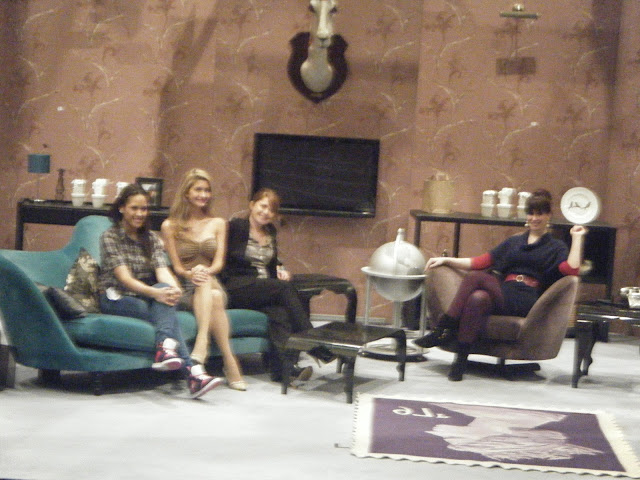 …..you might be just about be able to tell that I’ve swapped my heels for L’s flat boots, slip on heels with tights are a total nightmare! I nearly broke my ankle a few times yesterday whilst walking to and from places, yet another reason I can’t wait for the weather to warm up. After all the filming fun (the auidence we asked for their OMG moments, some were funny, some were fab and some were just scary like the guy who, at 16, slept with his best friends 48 year old MUM!) we went to the Mulberry Bush for some drinks and the best chips I’ve ever eaten, yum!


Tonight I’m curled up in bed again with this stupid cough that will just not bugger off, it’s most unfair! I hope you are all having a more enjoyable Saturday night than I am?!