So today Blue Eyed Guy has invited me down to his neck of the woods which just so happens to be my old neck of the woods too. I’m off to Blackheath for the day (and night!) for an afternoon of good conversation, lazy drinks and good food. I’m hoping we can go to my first ever home The Princess of Wales for a few drinks at some point, I have been back there a few times recently once with Papa and once with Senhor B. and to be honest I don’t remember it from my childhood all that much (we did move away when I was four and I know they’ve redecorated since then…) but I do get all nostalgic about it because it was my first home, they still have the patio that my Papa layed himself (with his own fair hands) and other little things like that. It’s such a pretty part of London especially when the sun is shining which it hasn’t the last few times I’ve been so fingers crossed for a few rays making it through today!

I was actually born in Greenwich hospital which isn’t there anymore, my Mum and Papa were so popular with their clientele at the pub that one of them lent Papa his Rolls Royce Silver Shadow…. 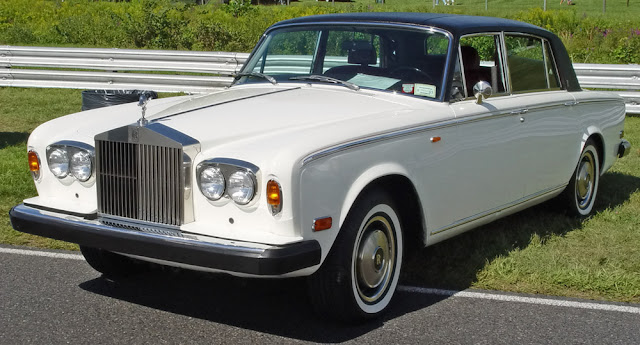 ….to come and pick Mum and I up from the hospital. The first twenty minutes of my life outside the hospital I thought I was really fancy and I think all my expensive tastes stem back to this moment in my life…..honest Papa, it was all your fault!

…..I’ve also been promised a roastie beast at some point today although Blue Eyed Guy has declined to cook this himself, I’m in agreement as a pub Sunday roast means no washing up. What are you up to today, any roastie goodness involved?