I’m sure that everyone at some point in their life has heard that they look like someone famous. Sometimes this can be very flattering (I was once told I looked like Jennifer Love Hewitt!) and sometimes this can be a little less so…..Amy Childs and Sigourney Weaver (not that they aren’t attractive, just ……..really?). I think my favourite comparison has to be Jessica Rabbit….. 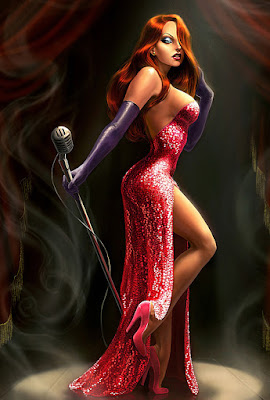 I found this image here

……..now this might have something to do with my current love affair with red hair or maybe it’s the fact that my job requires me to dress as a 5ft8″ rabbit everyday but I have been told this on numerous occasions by different people so I’m running with it! I was even told it today when I was dressed like this…..

……I went to Aspers Casino in Stratford’s Westfield shopping centre…..it’s huge!! They have forty roulette tables which is insane compared to the seven we have on the floor at Playboy Club London, I really liked it but I’m so glad I work where I do. I was there training for an event I’m taking part in next week at Kensington Roof Gardens, it’s going to be a lot of fun I think!

So…….back to the Jessica Rabbit dress……I’ve been wanting a floor length red gown for years now but as I have would have no place to wear it it hasn’t exactly been high on my priority list. I think I’m going to make an attempt at creating one for myself this year, it’s not going to be as gravity defying as the fabulous Mrs.Rabbit’s I’m afraid but I’ve been lusting over this Jenny Packham…… 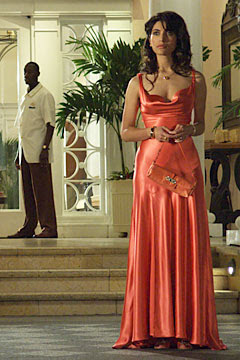 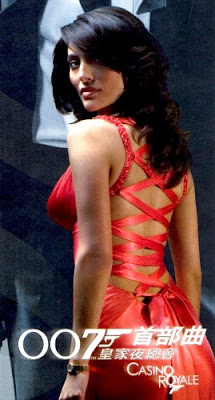 ……silk dress as worn by the gorgeous Caterina Murino in Casino Royale ever since I saw the film (I was so fixated by this dress I totally managed to miss/ignore the scene with Daniel Craig walking out of the Caribbean sea…….honest). I’ve always thought about making it in a gorgeous deep forest green coloured silk but I think it would look beautiful in red too? Are there any dresses or outfits that you’ve seen in films that you’ve just had to have?