What a weekend! I have been to power plate classes, had a facial (Diamond Dermabrasion …….it felt like my face and neck was being vacuumed, very weird but actually quite relaxing until she got to the ticklish part on my neck!), had my eyelashes done, had a pedicure, a Jenny Craig consultation, I picked up my passport and then had an evening of merriment and a few tears as Playboy says goodbye to Bunny Ginge who is heading back up to Glasgow! Phew! 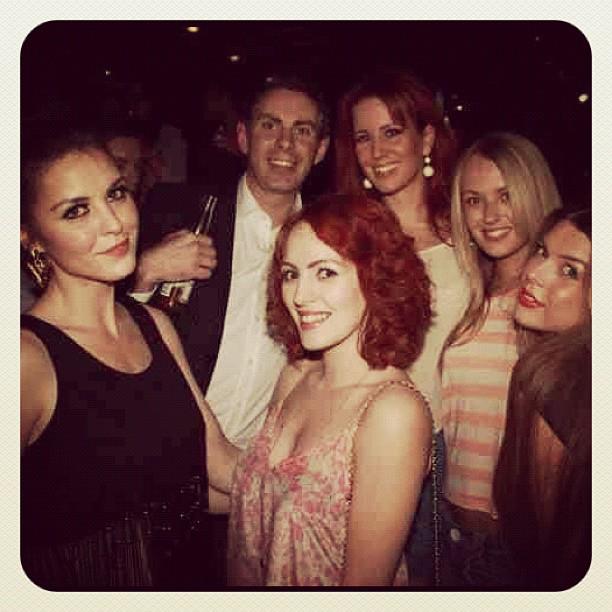 I had intended to have a quiet day Thursday not constantly moaning about “never drinking again….” but who was I kidding! A night at Roadhouse was never going to end without a slightly delicate head the next day! We all had an amazing night and I’m going to miss Ginge so much.

I have, for some reason, decided to try a spinning class……I must be mad! I’ve been doing power plate classes for about eight weeks now and I’m really noticing the difference but I know I need to include some cardio (ick) in my life and as the spinning classes are included in my Good Vibes membership they seemed like a sensible option. Well maybe not sensible……I have a feeling that I will end up as a broken crumpled heap in the corner but financially sensible! If I do manage to get through the class (IF) I’m going to cancel my YMCA gym membership which I’ve had since October…..October was also the last time I set foot in the gym yet I still pay them £45 a month for the privilege of carrying around my membership card in my purse! Turns out to get fitter you actually have to go to the gym not just sign up……sigh.

I’m going to go and pay off some of the balance off my Australia flight tomorrow and buy travel insurance for the year……the YEAR! Smugness alert. I have three holidays planned so far this year which justifies the purchase of an annual travel insurance policy……smug smug smug! I literally can not wait for the first holiday which will be staring in exactly two weeks….eep!

In other news my 100 day shopping ban starts today……….I’m really not looking forward to it. I keep seeing all these amazing new dresses and shoes and hats and bags and oh you get the idea……basically I keep seeing loads of new stuff that I want! Want not need, I actually don’t need anything new at all. I have so many things, lots of which are still waiting to be worn/used for the first time! This next one hundred days will, hopefully, make me enjoy”shopping my wardrobe” and help me learn to appreciate what I already have rather than lust after lots of new things (which more often than not end up going straight into my wardrobe not to see the light of day for months)……hopefully. The other plus side I see is that I will want to make more things as I haven’t banned fabric purchases. The olive green maxi dress is going well so far although I hate working with slippery fabrics so it’s not coming along as quickly as I would like but hey ho it will be beautiful when it’s finally finished!