I know I’ve been a bit quiet here recently so you may or may not remember that I started my self imposed shopping ban one hundred and three days ago. It was an interesting experience, I did an awful lot of window shopping and some actual shopping on my birthday but as I wasn’t paying I figured this didn’t count! I haven’t spent any money on clothes, shoes or jewellery over the last one hundred days, I did however decide that my room needed a make over and so I’ve been nesting and buying myself pretty things for the home! I’ve had a few things in mind for a while now but I always seemed to spend the money on something to wear and my room (which was perfectly lovely as it was) took a back seat.

As I had put a moratorium on apparel shopping I decided to turn my attention to my room. I gave you a quick  “tour” of my room when I started this blog (it was a great excuse not to have to dress up that day…..I was ill!) but it was only a few months after I had moved in and my nest wasn’t quite finished. A few years on and I still haven’t done everything I want to……like hang pictures and put door knobs on my wardrobes…..sheer laziness to be honest with you!

So I decided to pull my finger out and now I’ve got a few projects underway including an old print tray jewellery display, a french memo board, various pictures to be arranged and hung (I have a feeling I’m going to run out of wall space) and mirrored wardrobe doors to be fitted! I’m going to be too busy to start shopping any time soon……

One project that I have completed though is beautifying my walls with vinyl decals. I came up with the idea after Senhor B and I had finished building my four huge and very white Ikea Pax wardrobes. 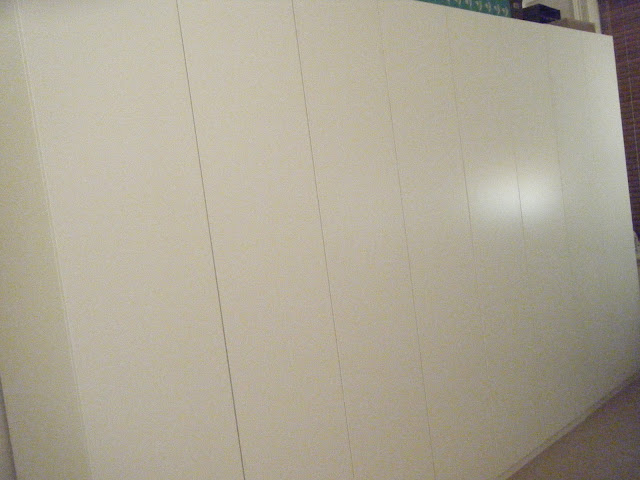 I decided that this was just too big an expanse of white and I’d seen some really pretty decals I thought would look fab……..this idea has been knocking around in the back of my brain for about two years now! Nothing like a bit of procrastination hey? Anyway what with the shopping ban and everything else (lots of gossip but for another time…..I promise) I decided it was the perfect time to start this project. Of course the first thing I then did was buy replacement mirrored doors for the big expanse of white…..always sensible me. I still wanted the decals though so I searched Etsy and found Amazing Stickers who are based in the UK (lower shipping costs) and offered the exact colour I wanted. I placed my order and was delighted when it arrived. Typical me though I had over estimated on quantity and so I had lots of extra…..what else was I going to do with it all? Pretty up my walls of course…. 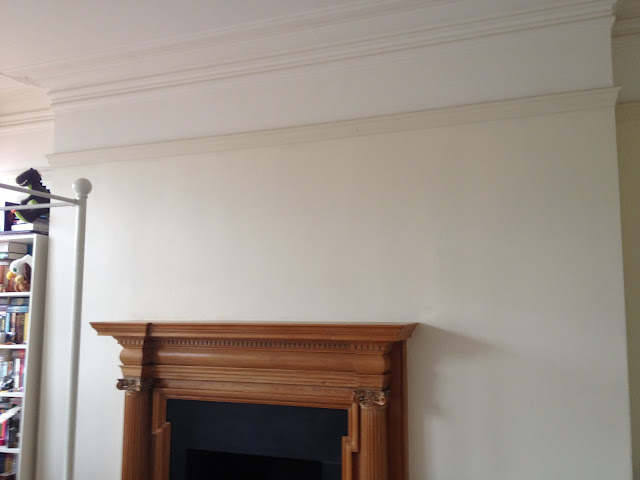 ………..after clearing off the mantle piece of all my random stuff I got the trusty step ladder out and started applying the decals….. 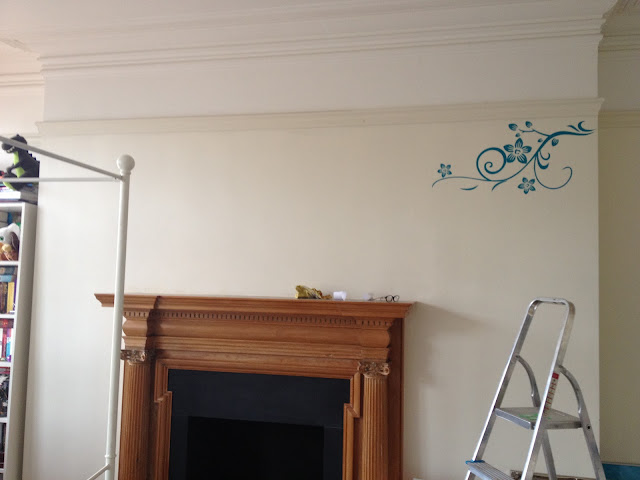 ……which are really really easy to apply. I chose a floral/vine design in turquoise which is so pretty….. 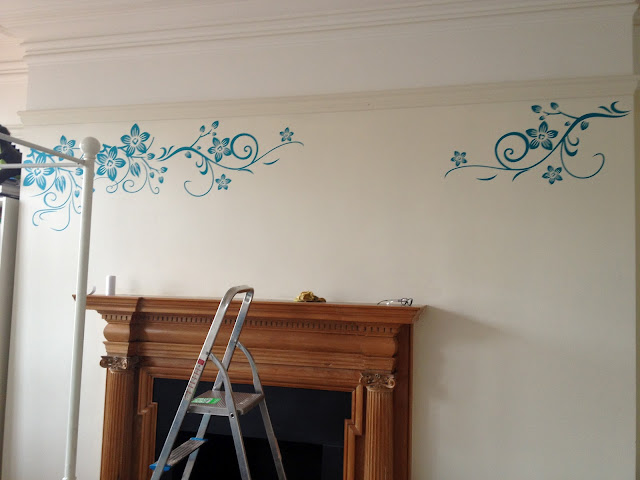 ……..the only trouble was that the decals arrived all squished onto one sheet (which I get……) but it didn’t have any pictures suggesting layouts……hmmmmmm! 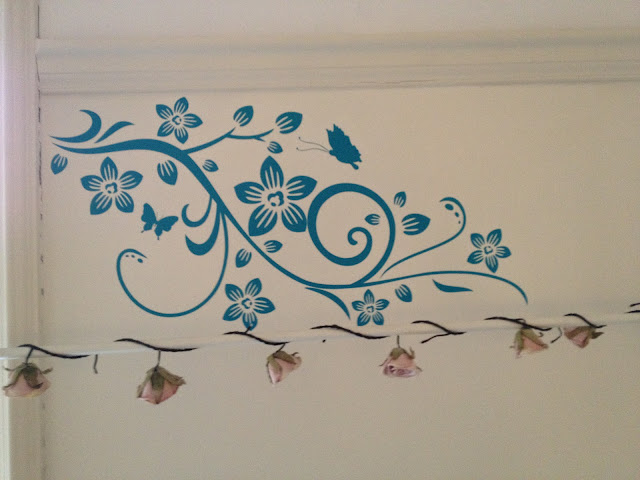 I decided to wing it (after having a close look at the pictures on Etsy) and I’ve ended up with decals on the wall above my fireplace, above my bed (I think it looks really pretty behind my rose fairy lights) and on the wall opposite my bed. Once I’ve got them on the mirrored wardrobe doors I’ll have decals everywhere and I will still have some left over…….I can see them spreading out across the entire flat! 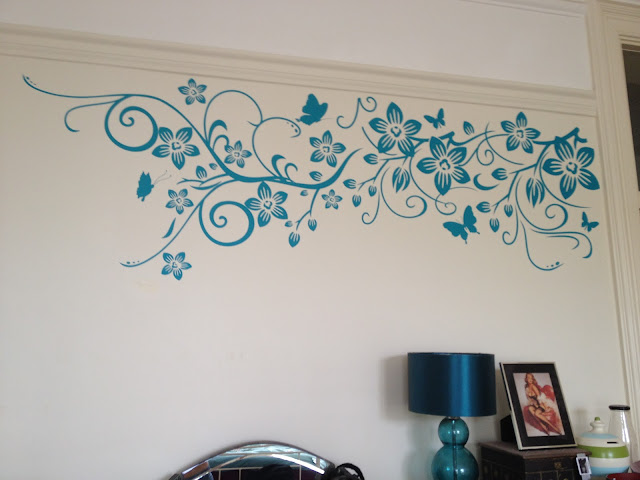 I’m sure my new flatmates are going to love that……..yes I have two new flatmates which means I’m officially living with three boys! Thank goodness we have a cleaner!

The next thing I’ve started working on is the jewellery display which I promise to show you soon.