So I managed to have one whole week of feeling like a proper human being again and then I woke up on Tuesday with the stinkiest cold/flu type thing imaginable, ew! Not a happy Bunny (Small Girl Type Creature pointed out that “technically” I’m not a bunny anymore…….to which I said “once a Bunny always a Bunny”!). I had such a lot of fun things planned for this week most which I’ve had to reschedule which sucks but I don’t want to be a germ disseminator so I’ve put myself under house arrest and gotten down to some serious Netflix abuse. Now this may not sound like the worst thing in the world but I did exactly the same thing two weeks ago and it quickly loses it’s charm let me tell you!

Luckily the week in between plagues was my birthday week and I actually felt like a fully functional homosapien (well my version of one anyway) so I ventured out to The Box for a night of frivolity with two of my favourites; Bunny J Bear and Bunny A….. 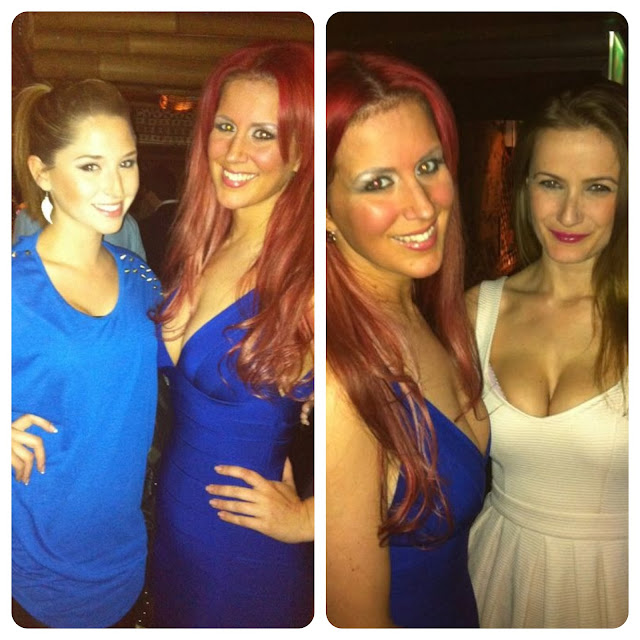 ……..we had an amazing time. There were ladies wearing nothing but glow in the dark shoes, a contortionist who bent many ways that clearly aren’t natural and I was spanked (lightly and only once) by my waitress! There are no photos of these antics as “what happens in The Box, stays in The Box” it’s much like Vegas in that regard.

I also had my wonderful Papa staying with me for the week which was fab and meant many cinema trips, lots of wine drinking and pork eating was indulged in (all of these things being illegal where he lives in Saudi Arabia!). We saw Iron Man 3 (loved it), Oblivion (cross between Wall-E/Independence Day/2001: A Space Odyssey) and The Princess Bride (one of the best films ever made). My brother LBB (Little Big Boy) and his fiancé Big Bird came to stay for the weekend too which was wonderful although slightly cosy in my “studio” loft. All in all I had an amazing birthday week and was thoroughly spoilt…..as it should be!

In other news I am two months into my year long shopping ban and so far I have not spent a grand total of £694.99! Blimey thats a lot isn’t it? You know what I am actually not missing the shopping all that much especially as I have still been indulging in window shopping and also creating lots of new items for Kittenish Behaviour too! More on those soon……

I hope you all have an exciting weekend ahead of you? I have! I’ll tell you more tomorrow…..