I Will Not Spend This Coming Winter Impersonating A Bear!

So they say it takes thirty days to form a habit and apparently there is even scientificy mumbo jumbo to back that theory up…
“It’s the process of your mind forming a certain kind of sheathing around the neurones involved in a habitual thought or behaviour which acts in a way like electrical insulating tape: It makes the electrical impulses travel faster, thereby speeding up the functioning of the entire neural network involved”
…say what? Honestly that made little to no sense to me but I like the overall idea so I thought I would give it a go.
Now being my own boss and working from home is something that I’m loving but (and it’s a big but) it has meant that my laziness (typical Taurean trait and yes I am conveniently falling back on astrology to justify a personality trait) has been running rampant! Working in my PJ’s? Totally acceptable; I’m comfy, no one will see me and cuts down on the amount of washing needing to be done. Answering emails from the laptop whilst curled up on the made bed (well mostly always made bed)? Yeah no worries! It’s comfy and the work is getting done (by the way I’m totally not writing this post curled up in said PJ’s on said made bed….honest). Also since I started working from home I have put on weight, not lots but enough that I’m now not happy.
Like I’ve said the work is getting done but (theres that word again) it’s beginning to bother me! You may remember back in March I decided to quit shopping for a year (which is still going very well …..another post on that later) I also decided that any clothes I didn’t wear within that year would either be sold or donated as I clearly didn’t need (?) them. All well and good and I’ve saved all my PJ’s (I’ve even worn one pair out) but I’m six months into this challenge and I haven’t even scratched the surface on my wardrobe. I’m very lucky and own many many lovely things some of which I wouldn’t miss if I had to get rid of them but lots that I would! So with that in mind I have decided to set myself a thirty day challenge.
This won’t be any ordinary thirty day challenge though, oh no! I have decided a whole life overhaul is in order. I’ve read that you should try and tackle these things one at a time so as to not overwhelm yourself but I’m a stubborn bugger and if I set my mind to something I can usually make it happen. Plus there is sort of a deadline looming as I suffer from SAD (Seasonal Affective Disorder) and the days are definitely getting shorter.
Come the winter months all I want to do is curl up under the duvet and sleep, it becomes very difficult to motivate myself to do anything, even something as simple as getting up and making a bowl of cereal seems like the hugest of challenges. When I had a regular job (well as regular as dressing up as a 7ft rabbit and playing games of chance all night can be) I had a schedule to stick to which made things a bit easier. I had to be in a certain place at a certain time, I had to make an effort with my appearance (or be sent down to the Bunny Hutch to apply more make up!) and I had to be social with co-workers and customers…well I guess I could’ve curled up under a blanket (which I did actually do on Graveyards shifts, 6.15am starts are NOT natural people!) but I think they would have looked at me funny.
I used to joke that I was a bear in disguise and needed to hibernate but it got so bad a few years ago that I went to my GP and was told that no, in fact I wasn’t a bear I was suffering from something with a name and there was something that I could do about it, yay! Since being diagnosed things got a lot better, light therapy really works (for me) as does making sure I actually see the real sun at least for a little while everyday (with previous jobs I’ve also made jokes that I’m a vampire as I worked nights, slept all day and never got to see the sun) but last winter I kinda let everything slip. I went back to living under my duvet and becoming a hermit (other factors were involved but they are another story). I am determined that that WILL NOT happen this year.
So with this in mind enter the aforementioned life overhaul; for the next thirty days I will be blogging outfit posts daily, partaking in the 30 Day Shred and doing something creative everyday. “Yeah yeah” I hear you cry you’ve said stuff like that before and not followed through. Well I’m serious this time look… 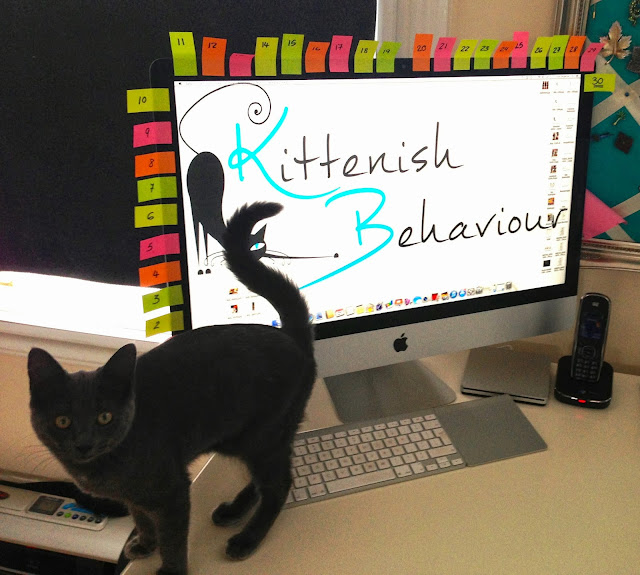 …..I’m post-it-note serious! All joking aside though I really am serious and I do mean it. The blogging part will be fun; I love clothes, I love dressing up and I love writing. I’ve done the 30 Day Shred before and actually ended up enjoying it and looking for more challenging workouts to do and for someone who usually hears the word exercise and experiences an involuntary shudder this was weird. As for the creative challenge….I have many many ideas floating around in my brain and the C word (can’t talk about it officially until after Halloween ’cause that’s wrong on so many levels!) is coming up so that will be fun too plus……making new clothes……’citin. Most importantly though I have made the decision that I will not spend this coming winter impersonating a bear!

How am I going to go about this life overhaul? Well I’m indulging in something I love…To Do Lists! I’m making lists for everything and I mean everything (how many people need to put “get up”, “brush teeth” and “shower” on their to do list? Honestly?) I have my whole day mapped out in list form which may sound extreme but I find structure comforting. Obviously there will be things that pop up that I haven’t planned for but that’s ok, life is funny like that and I can deal…..I think. My theory is that after thirty days everything will have become habit rather than something I have purposefully do to check off a list, wish me luck?
Wow so that turned in to quite a long and wordy post didn’t it? If you’ve stuck with me to the end….thank you. Here is a cute picture of Chiana…. 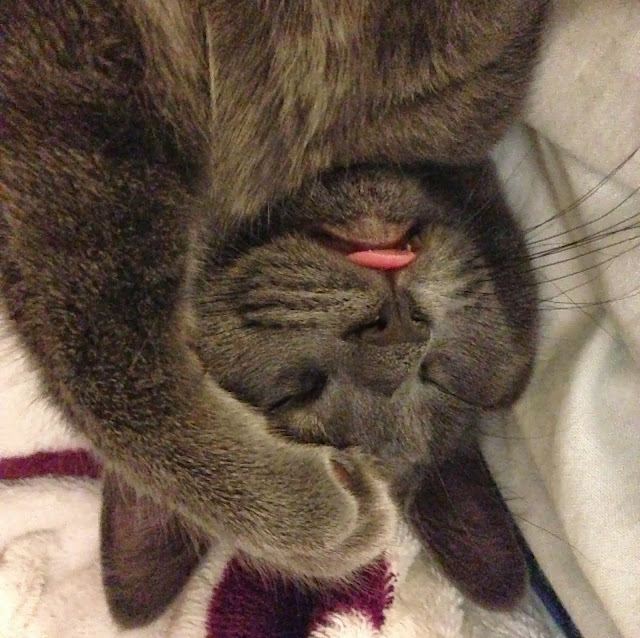