How is everyone today? I’ve had a rather lovely afternoon at one of my favourite locations in central London The Only Running Footman which is a tiny little pub that does really amazing food. I was there for a first date so I decided to wear this little lot… 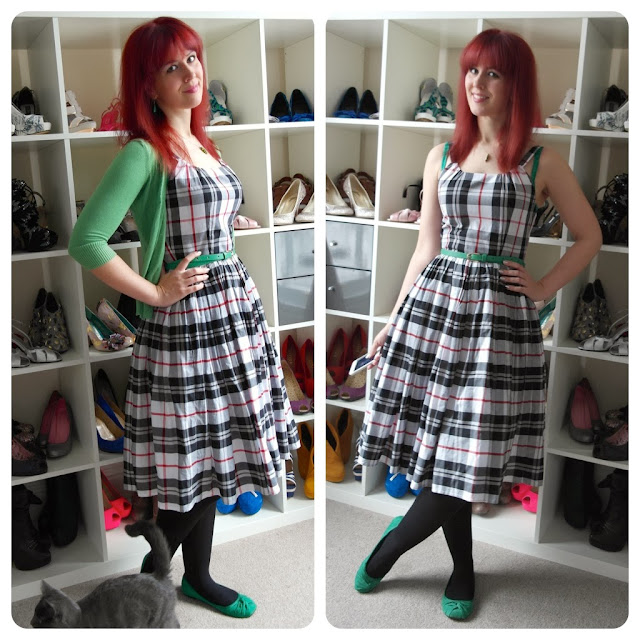 Dress: Trashy Diva at Kittenish Behaviour
Cardigan: Oasis
Belt: Dorothy Perkins
Shoes: Dorothy Perkins
….which I thought was dressy enough without being over the top. I love this dress and with the right accessories I think it can totally be worn at this time of year. I’m even thinking of adding a jumper under the dress when it gets a little colder just so I can keep wearing it (I stock it in pink too in case you were interested…..).
I’ve always been a firm believer of getting straight back in the saddle (metaphorically speaking mostly but I do occasionally ride horses) and if I’ve been hurt I do tend to dive straight back into the dating world because it’s a good distraction and as I’ve said before you never know whats going to happen! When I met up with the fabulous Miss S on Sunday she asked me if all the dating disasters I have experienced had put me off dating, well clearly not but when I really thought about it I realised I had imposed some rules on myself. No short guys, no younger men and no commitmentphobes (easier said than recognised that last one)! All well and good in theory but you never know what life is going to throw at you so you really shouldn’t rule anything out……except for illegal stuff, that you can avoid like the plague. You know what? Ignoring my rules led to a lovely afternoon spent chatting and laughing with a fab fella who I will definitely be seeing again! Huzzah!