I’m currently sitting on a very comfy, squishy bed in a light flooded room (honestly the sun is actually a little blinding…..where are my sunnies?!) with this…… 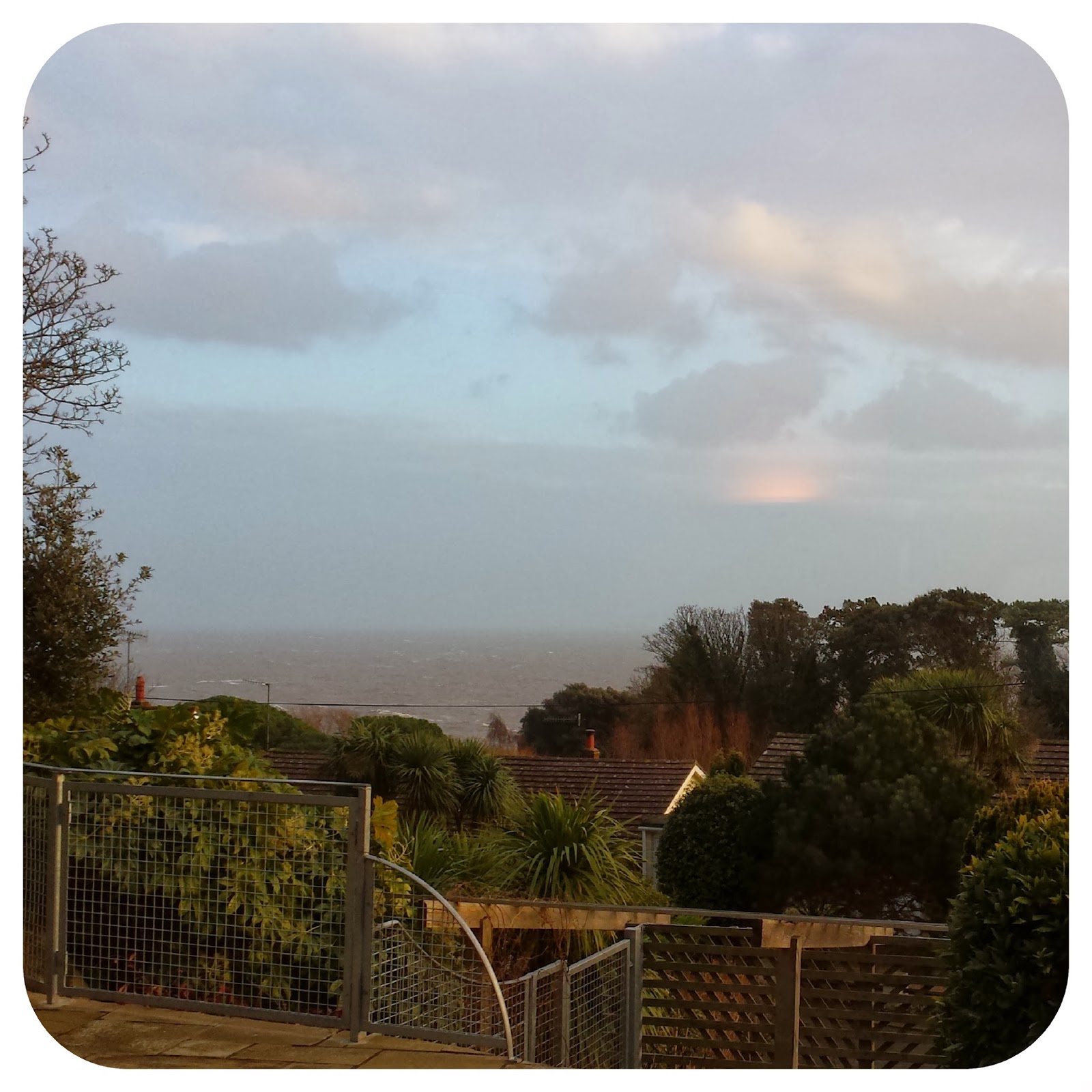 …….as my view, bliss! 2014 is going to be a very exciting year because come February this view is going to become a permanent fixture as I’m moving down to the Isle of Wight! When Mum and Papa moved here in 1999 from Ipswich I was offered a room if I wished but I laughed and joked that if I went with them I would have been the youngest resident in the village. I stayed put but within a few months of them leaving Suffolk I had moved myself to London (I lived in Blackheath until I was four and was born in London so I count myself a Londoner). I’ve been living in and loving London ever since, until about October last year.

Over the past thirteen years I’ve lived in seven different flats in central London and apart from the first one (pervy landlord with a jacuzzi in the kitchen….I should have known better) I’ve loved everywhere I’ve lived. Last June I moved into a gorgeous little house (yes a whole house!) with a fellow Ex Bunny which has been amazing.

Last Halloween Legs (housemate) threw a fab party including scary decorations, yummy nibbles and fizz. The girlies came over for pre shenanigan drinks which was lovely, I was all dressed and ready to go but come 11.45pm the taxi still hadn’t been ordered as we were all still chatting and drinking on the sofa. When the taxi did arrive at midnight I realised I really didn’t want to go to a club where I knew I wouldn’t enjoy the music (sorry house music I gave you twelve years but I’d much rather be dancing to 70’s style disco!). The thought of going to a club with music I didn’t really like being so loud talking to my friends wasn’t really an option and getting hit on by twenty two year olds was so unappealing.

Before I opened Kittenish behaviour I went out to work which I always enjoyed…..the social side of things more than the jobs themselves in most cases. I wouldn’t change anything about the last couple of years but my life has definitely become a more online existence than it ever has been before. This is no bad thing (I’m not a fan of shopping on the high street, order most of my fabric from America and I love playing online MMORPG like World of Warcraft to give you a few examples) but it did make me realise that I could be living the life I currently do anywhere!

Given house prices in London the best I could hope of buying would be a shoebox in Zone 6 (that is not technically true I know but my choices were severely limited) so I started thinking about other parts of the country. My Parentals moved about a lot when we were growing up which has always been interesting but it does mean that I don’t have anywhere in the UK that I consider “home”. My extended family are all over the place (China, Saudi Arabia and Australia to name a few) so again there really isn’t anywhere in the UK that has a strong family base. A few years ago Mum and Papa were considering selling their place on the Isle of Wight and it was something that both my Baby Bother and I strongly objected to as we both really love the place which was a bit of a shock realisation!

This December Mum had to come back to the UK for a business trip so the Parentals tacked some holiday on to this and poured Papa into a cattle class seat (Mum gets first class for all her business trips!) and over they came (two Christmases FTW!). Whilst they were here I mentioned that I had been looking at houses to buy on the island and everything snowballed from there! Both Mum and Papa were shocked that I had even thought about the Isle of Wight (given my previous response to being asked if I wanted to live there) but were so enthusiastic. It turns out that Baby Bother and Big Bird are planning on working their way down to the island too once the smallest child type creature has flown the nest. It seems we’ll be colonising the Isle of Wight as our family base haha!

After a bit of a frenzied house hunting in December only turning up one property that I absolutely loved but totally couldn’t afford the decision was made that I would move into the Parentals house which is empty except for visiting guests whilst they are out in Saudi. How jammy am I?? Gorgeous house with fabulous sea views…..very jammy indeed! Whilst I’m here I’ll be designing and overseeing the installation of a custom(isn) made master bedroom (the only room in the house that is left to do) and then the really exciting project of installing a fully self contained studio in the back garden. 2014 is going to be very interesting indeed!