Blog, The Waffle, This Week I Have Been Mostly

That title should really read “This Month I Have Been Mostly….” shouldn’t it? Ok. How was everyones January? Mine was a bit of mixed bag but it was mostly highs and what amazing highs they were…. 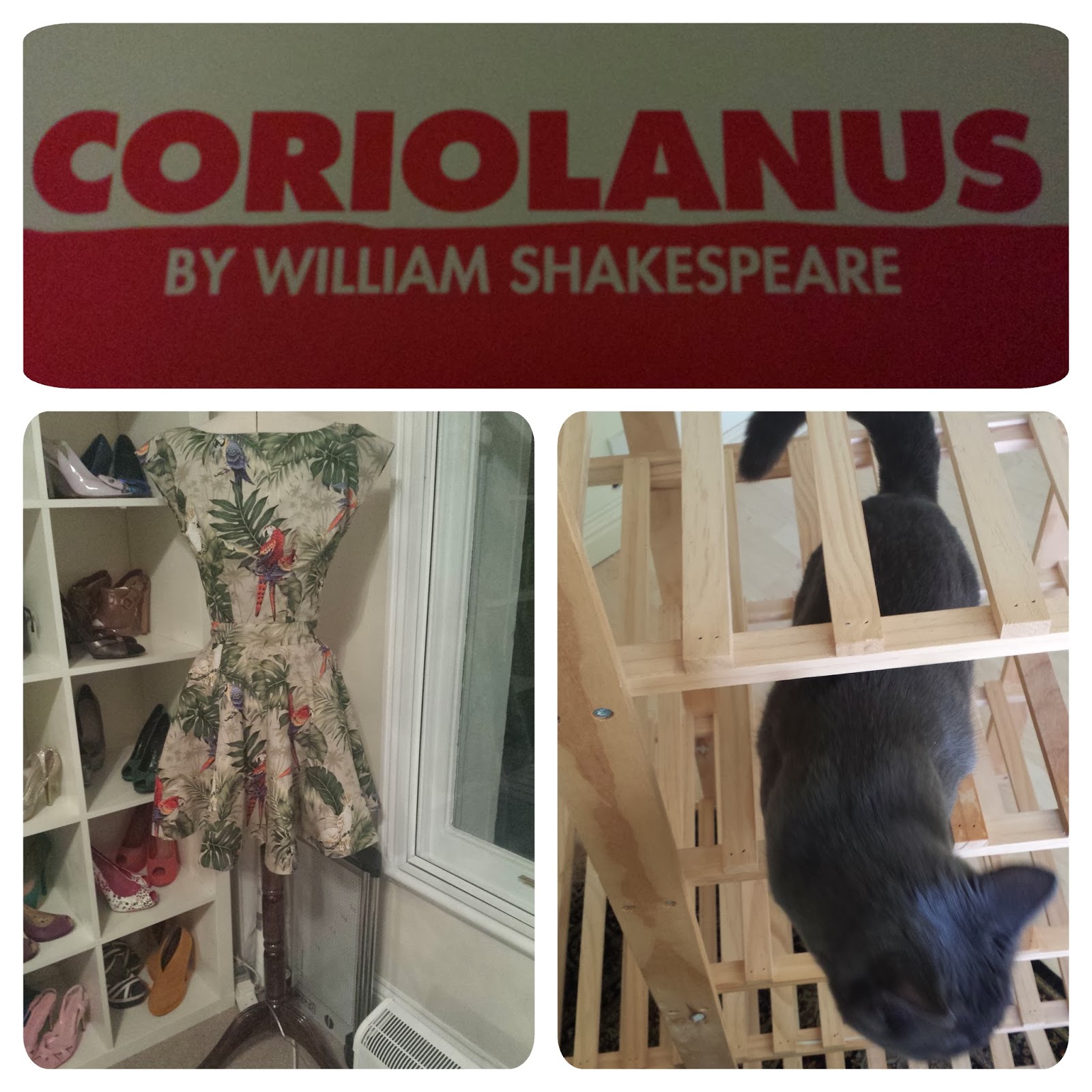 …….the biggest being getting to see Coriolanus live at the Donmar! My fabulous friend Miss S queued up from 3am (yes AM) until the box office opened at 10am and managed to snag us two tickets to watch this amazing production.

I had never even heard of this play before Miss S brought it to my attention but I am so glad that she did. The most wonderful Mr Hiddleston is the lead Coriolanus (PHWOAR….ok I’ve gotten that off my chest) and the whole thing is wonderfully staged, costumed and acted by a very talented group of people. Miss S had originally bought us tickets to see the National Theatre Live screening on the 30th which of course we still attended! It was really interesting to see the play from different perspectives. Nothing beats watching a play live and the Donmar is such an intimate theatre that the atmosphere was unbelievable. Getting to see the same play live on the big screen really was a treat though and we noticed so many more little details thanks to the clever camera work that we just couldn’t pick up on in the theatre. They are showing a repeat screening this month so if you can get tickets you absolutely should it’s amazeballs!

I also got in a little dressmaking experimentation with my Jungle January make. A cotton dress in January probably wasn’t the smartest idea ever but that’s what tights and cardigans were invented for right? I wore it out on a date…..the dress was definitely more successful than the date but that’s another story.

The final picture is Miss Chi (Mischief or Chi-purrs (said like jeepers) or Chiana if she’s been really naughty) “helping” me disassemble old Argos wardrobes to clear space for the new built in storage that I’m planning for my new place on the island. These next few weeks are going to be a very hectic blur of moving, decorating and organising so please wish me luck? Right I’m off to go fangirl over Tom some more……yes I’m one of those people #sorryimnotsorry

This Week I Have Been Mostly …..