Bad news: I’m back on the Isle of Wight and it’s bloody freezing! Good news: the Aga has been turned back on so I’m currently camped out in the kitchen hugging it….I hate being cold.

Today I’ve got a dress to share which isn’t an Anna hybrid……shock horror….I’ve made ten of them now and I love them all but I do make other things too! It’s still a By Hand London pattern though, the Flora this time…. 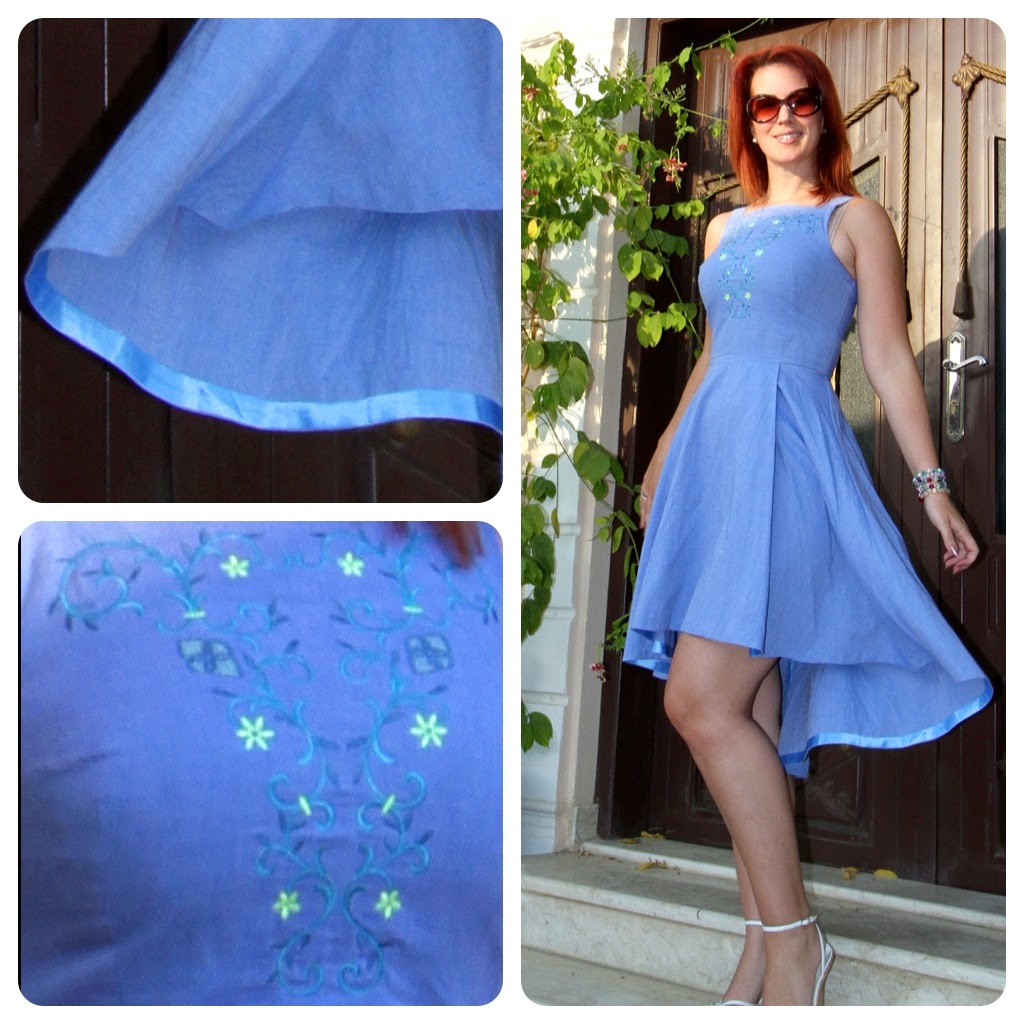 ….I’ve nicknamed this the Daisy Dress because both Mum and I think the embroidery motif I picked kinda looks like a cows face…. 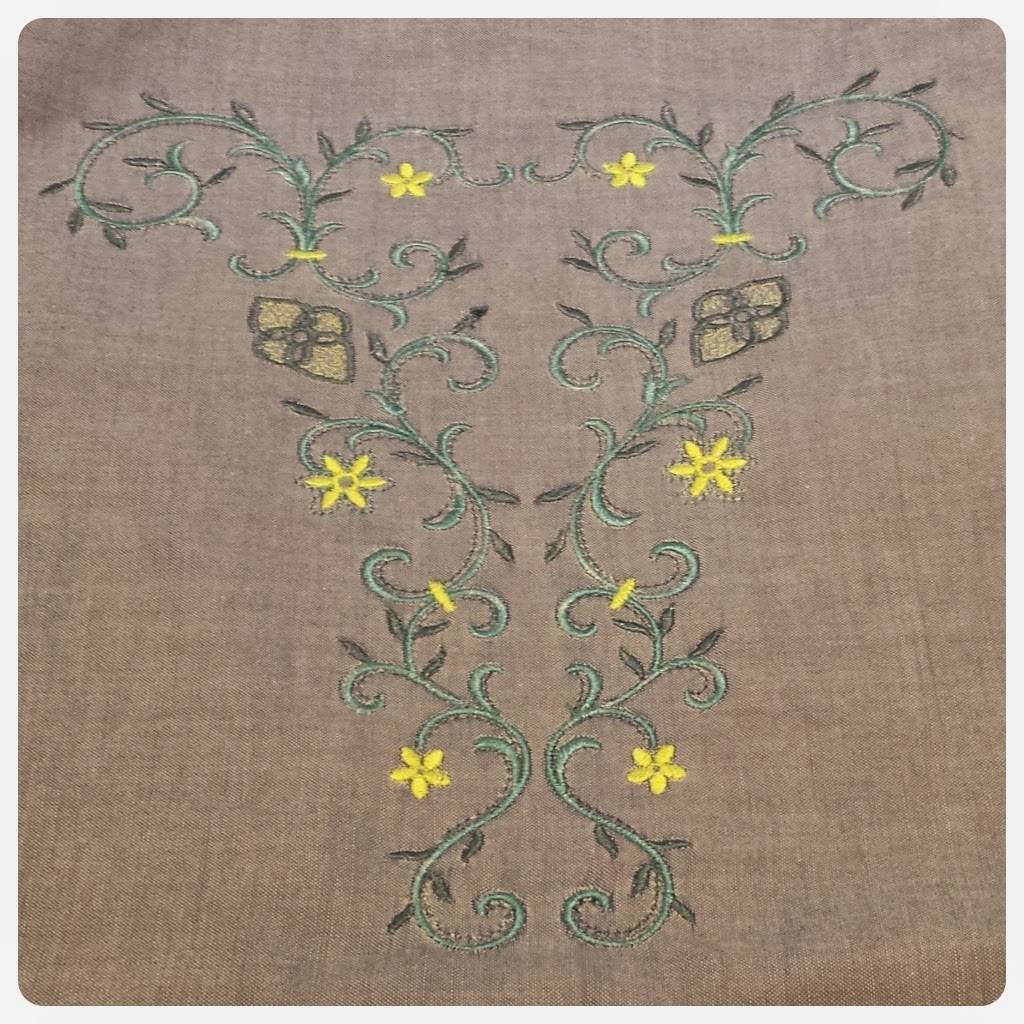 ……..well sort of. This is the first time I’ve really used the embroidery module that came with my sewing machine and it wasn’t without it’s problems. I found the thread on eBay and it was very cheap and my machine hated it. So many broken threads and having to reduce the speed to it’s slowest meant this took three times as long to stitch out as it should have but I’m so glad I persevered as I love it. I have also learnt my lesson and invested in some lovely threads for the next attempt.

The dress itself wasn’t without it’s problems either. I originally traced out the bodice pattern according to my waist measurement and then did the standard alterations I always need; a three inch FBA and lengthening the bodice by an inch. The first FBA resulted in a bodice that Jessica Rabbit could have worn with ease so I tried making up the standard bodice which squished things down uncomfortably. In the end I decided to spilt the difference and added an inch and half FBA which fitted much better but ended up with weird side darts so I messed about with those until I was happy. When I traced out the skirt pieces I used the largest size as a length guide otherwise the skirt may well have been indecent! I finished the skirt hem with some satin bias binding as I knew you would be able to see whatever finished was used so I wanted it to be pretty.

Overall I’m very happy with how this dress finally turned out, the very first iteration of this dress had a plain bodice which I really liked until I showed Papa over FaceTime and he immediately christened it “The Poorhouse Dress”, Papa is not a fan of chambray it seems! I on the other hand love it (so soft and so easy to work with) so that is where the embroidery inspiration came from. I’m still playing around with all the things my machine can do but I’m quite sure there will be more embroidered panels in my future as well as more Floras.