I hope everyone has had a lovely week? Mine was rather excellent (except for the sort of mini/half cold I had, in the mornings it felt like Man-Flu and by the afternoon I was fine again….oddness) because I finished off all my late Christmas presents. I know, I know Christmas presents are meant to be given on or before the 25th December but I stupidly wisely decided that I was making all mine last year (that feels so weird to say/type!). I started in October and everything would have been finished with plenty of time to spare if one stupid but essential item had turned up when it was promised…..not the next bloody year! Grrrr argh! Ah well it arrived last week et voilà eight finished presents. I shall be sending them all out this week which will hopefully brighten up a few dull Januarys.

I also managed to photograph some of my unblogged makes from last year (the making part is so much fun why is the photographing part such a pain……well not pain….it’s the weather that’s the pain!) so without further ado I give you the Toadstool Dress….. 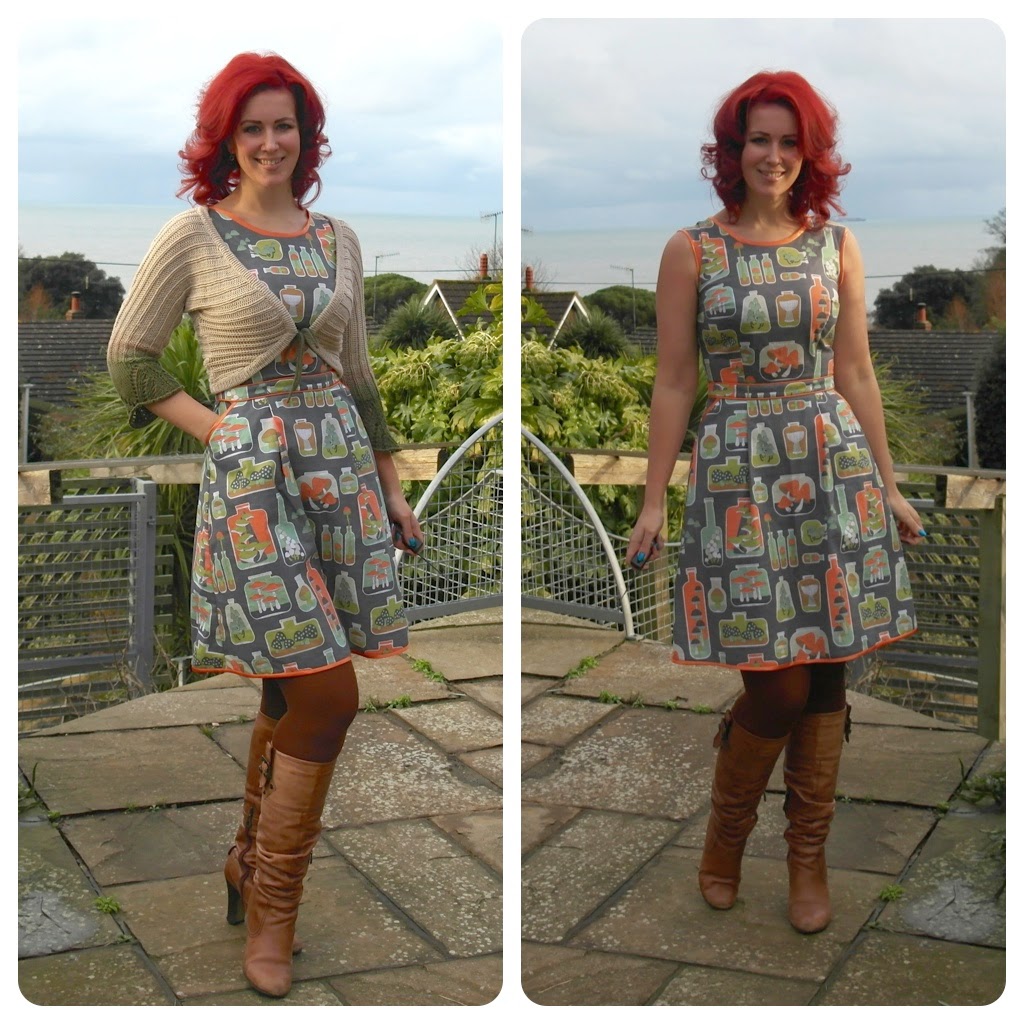 ……it’s the Deer and Doe Belladone dress and I love it. The print is from Spoonflower on Kona cotton (I toyed with the idea of cotton/silk but I wanted this to be a casual dress) and it’s beautiful my only regret is not ordering four yards. The pattern pieces fitted easily on to the three yards I did have but I couldn’t really attempt any pattern matching, unfortunately it kinda looks like I did try and just failed but hey-ho you live and learn! If it really bugs me I could always get myself some more (MOAR) fabric and try again but I think for now I’ll live. The dress itself came together really well, this is the second time I’ve made it (the first was for Small Girl Type Creature and it was in an awesome Star Wars print) I had to make my usual adjustments to the bodice….. 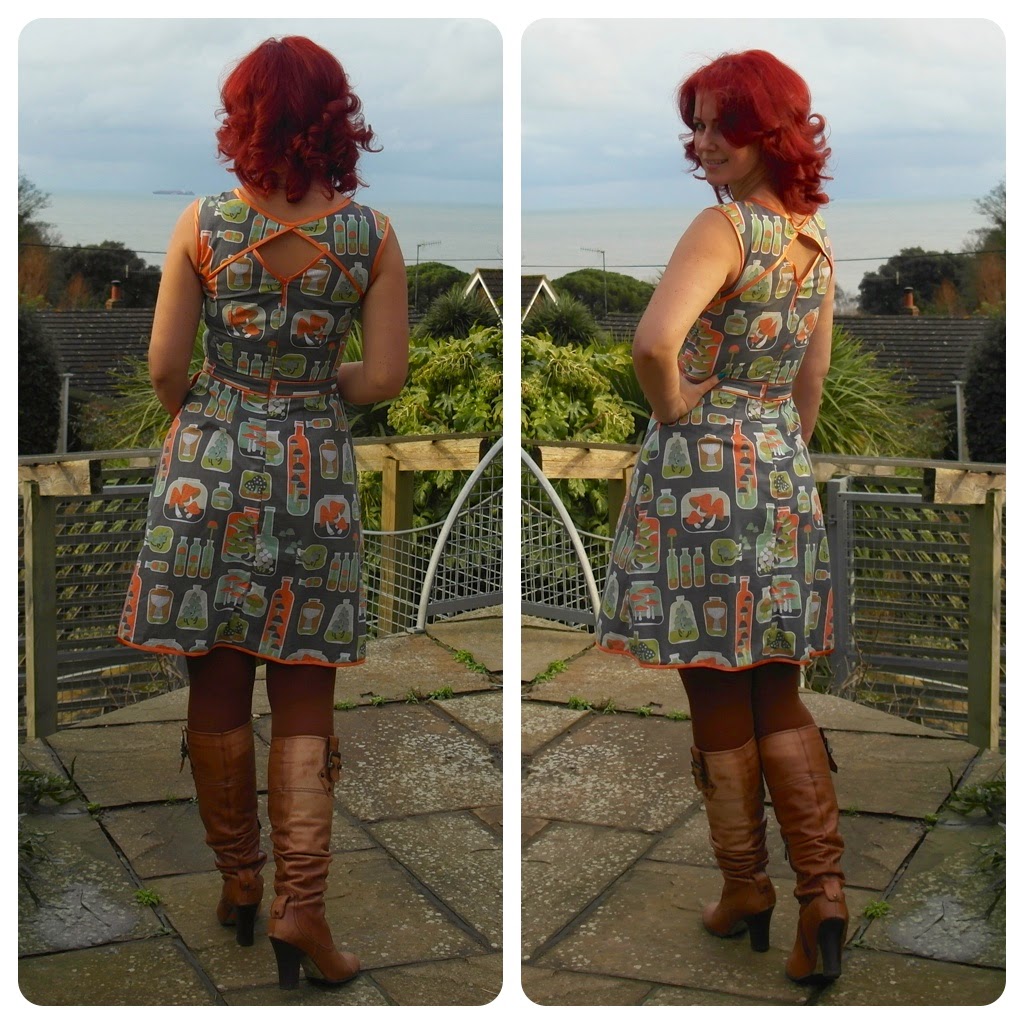 …….a FBA and adding length. I did a little tweaking with the help of Mama (I muslined this out in Saudi Arabia) to the back pieces as I was getting a little gape above the cutout, I think I could adjust those a little more next time though and there will be a next time. I love the bodice and the waistband and the pockets the only thing I’m not sure about is the skirt shape on me, I like it but I’m so used to huge circle skirts that this one feels a bit restrictive! 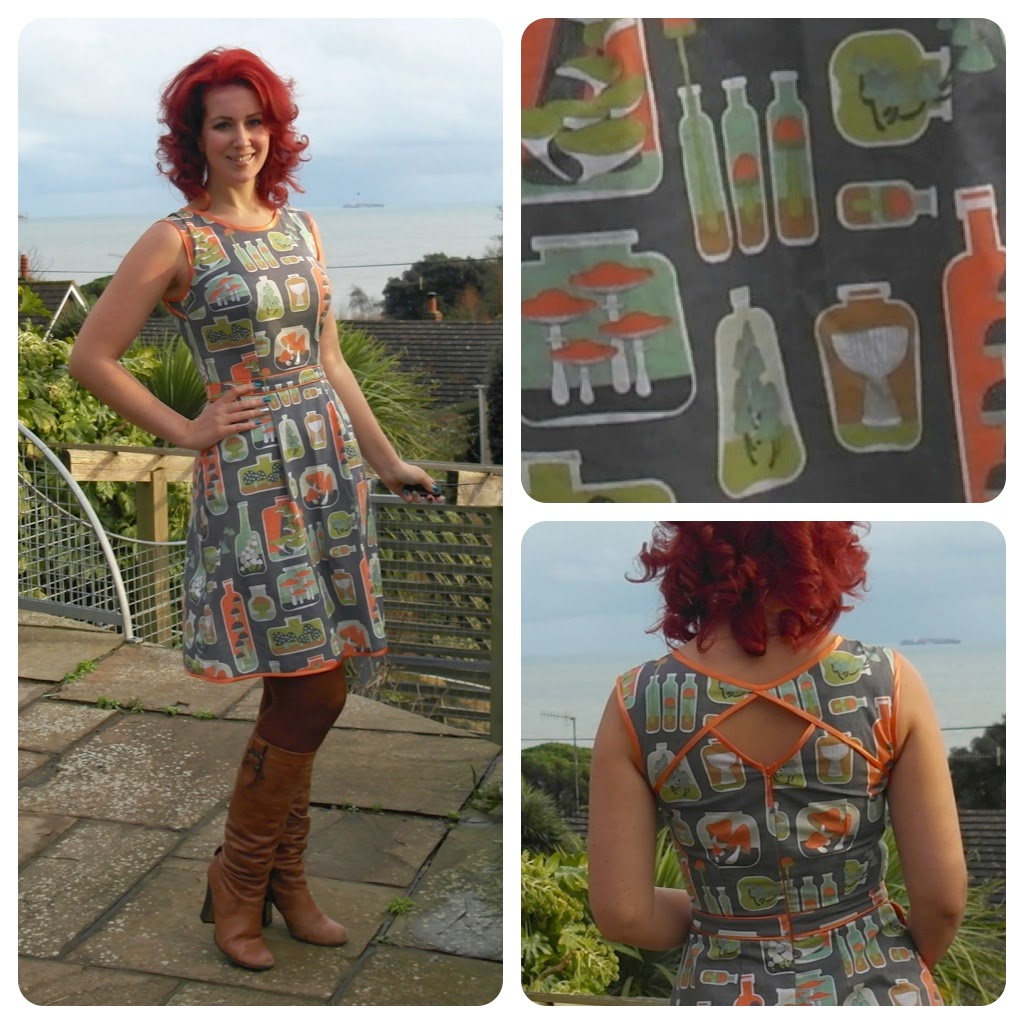 All in all I would have to say that despite the few little errors in this dress it is a favourite and has been worn a fair few times since I finished it. I really must like it as I’m thinking that I’ll use at least the bodice/waistband pattern as my bridesmaid dress for Baby Bothers wedding later this year! That is of course after I’ve finished making the brides dress, the other bridesmaids dress, the grooms waistcoat and possibly something for Mama too (EEEK!) what have I gotten myself in to?