There’s Been A Crime In The Village

How is everyone? I’ve been having a lovely time. I got to see my Bestie for her birthday celebrations even though this involved driving on the M25 (actually not so bad) and some time spent in Ipswich (also, not so bad). I’ve very nearly finished my Minoru coat (just some top stitching and hemming left to do!) and I have some gorgeous dresses that are all cut out and just waiting assembly. Plus one of my other Besties has just booked herself train tickets to come and see me next month, ‘citin!

Today I thought I would share another of my, until now, unblogged makes, here it is….. 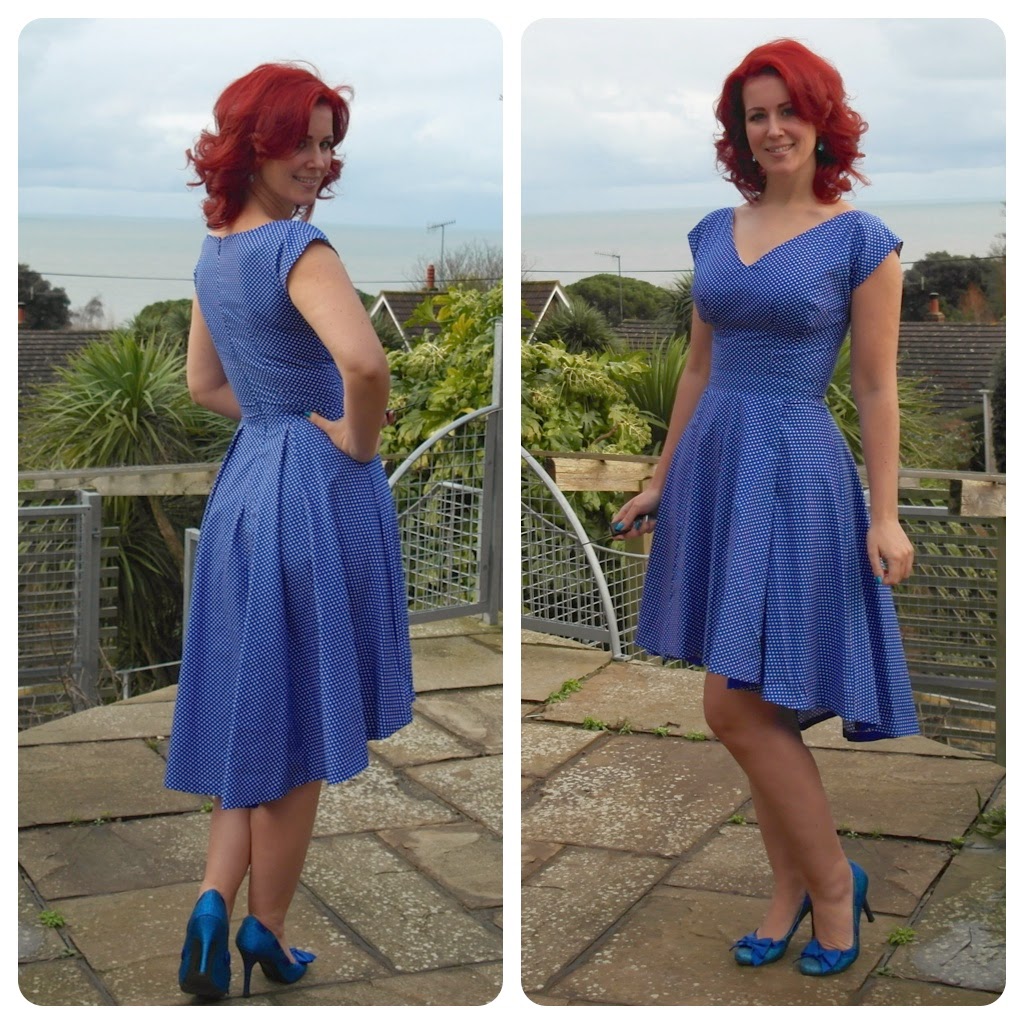 ……it’s a By Hand London Floranna dress and I love it. I got the polka dot fabric from Fabric Land in Southampton and it wasn’t quite wide enough for the skirt panels to be cut normally so I cut them on the cross grain which worked out great. Stupidly though I also cut the bodice pieces like this which was totally unnecessary given the tinyness of the dots……ooooops! This has resulted in the bodice being a little snug (which of course has nothing to do with the two stone I’ve put on since I moved here!) but it still does up so I’m calling this a win! I love the shape of these two patterns combined….. 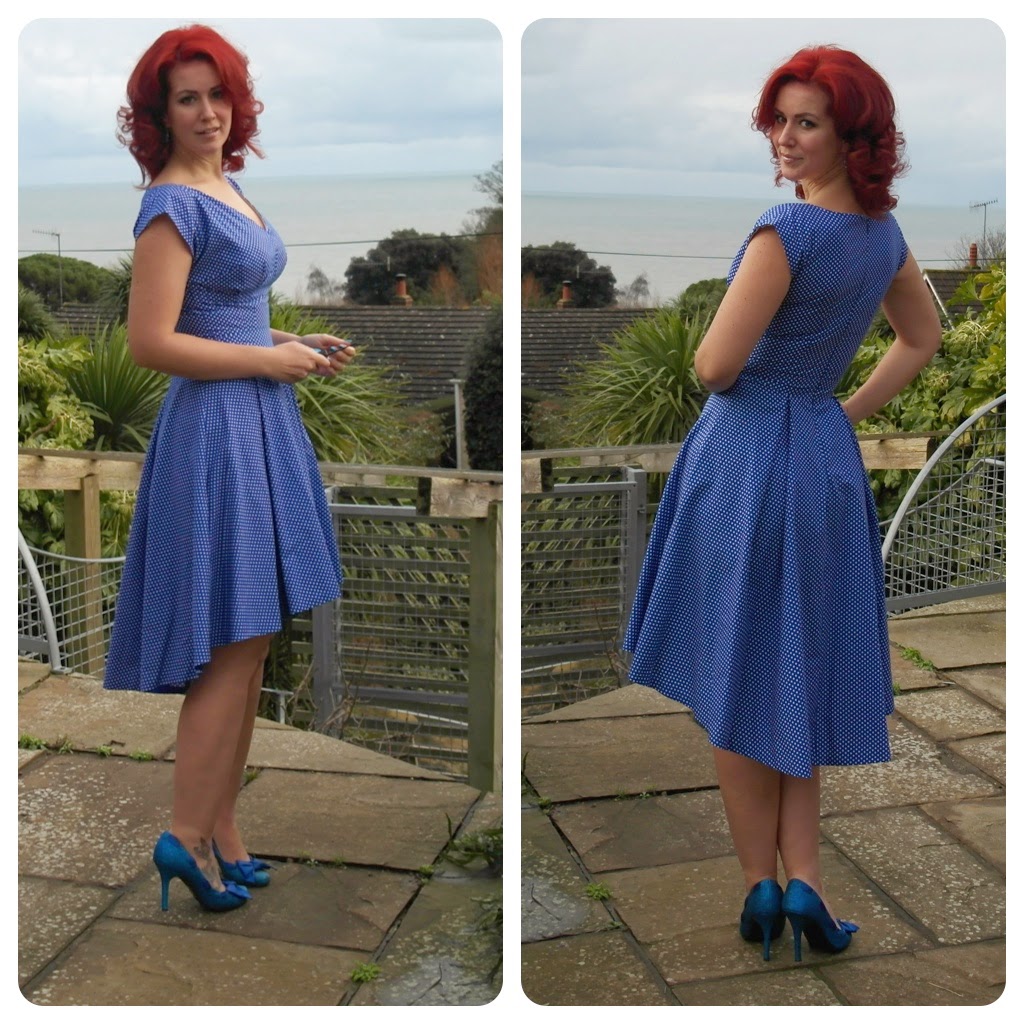 …….and I can see many more of these hybrids in my future…….although I still want to try out the Flora wrap bodice dress……mmmmmm moar dresses.

In other news Chi and I have officially been living on the island for a year today and what a year it’s been. It really was a shock to the system moving from central London down to a teeny village that didn’t even have a pub but I’ve come to really love it here especially since I learnt to drive and can get around this beautiful place more easily.

Despite it’s remoteness (and lack of pubness) there are some definite upsides to living in a tiny village and one of them is the crime rate! Last year some family friends asked if the could store their little “tractor” on our drive as they were having to move house (because of all the rain we had washing away the road they lived on) and had no where to store it. “Of course, no problems at all.” The tractor was delivered to my driveway, all sorted.

Now a couple of days later I had my Over the Road neighbours over for dinner who, during the course of the evenings conversation, asked me where the little tractor had gone!? After I’d replied that it was on the drive and they assured me that it wasn’t (we even braved the evening air to go and check) we got all excited and decided that there had BEEN A CRIME IN THE VILLAGE! Duh duh duuuuuuuuuuuh! My first thought was “oh crap Papa will kill me, I’ve lost his friends tractor!” and then “what do I do?”, do I call the family friends and let them know their tractor is missing or do I try and find out what’s happened to it first and then let them know???? Argh! Over the Road neighbours said not to worry they had the number for the local neighbourhood watch people and the local Police Person we can report it!

I thought I ought to check with the tractors owners before calling the authorities just in case they had arranged to have it moved again and I had somehow missed the message, quite possible given my aversion to landline answering machines and the fact that I live in a mobile blackspot meaning the only way I get phone messages is on the landline answering machine. Luckily my gardener turned up the next day before I had made any phone calls, I thought it would be a good idea to just check with him to see if he had any idea where the tractor might be. Turns out he had been worried about it being left on the driveway for all to see……and possibly steal……so he had  driven it further up the drive and covered it with a tarpaulin! Crime solved. I let my Over the Road neighbours know about the latest development  and I have to say we were all a little disappointed…..I think we’d been imagining swarthy criminals in black and white striped tops with SWAG bags driving the tractor down our little road at 10mph!

There are of course other benefits to living in the country (have you seen my sea views!?) but the low crime rate is definitely high up on the list!